Max Alton joined an exclusive club in 2015, scoring his 1,000th career point for Penn State Abington basketball. And he shares a lifelong bond with one of the other members – his older brother, Will.

“It’s an honor, and I am very blessed,” Max said, after becoming the fourth Abington men’s player to reach the milestone. “It’s great to be able to join Will in the 1,000-point club.”

With more than a dozen games remaining in the season, the low-key senior guard is likely to finish his career as the highest scorer in Abington history. But head coach Chris Potash said Max prefers to keep the focus on the game he loves and the team instead of himself.

“Max shows up and does his job without any drama. He is usually the first guy in the building and on court,” the coach said. “He truly leads by example showing the team what is required to compete in college.”

Potash said Max was a key recruit four years ago. He was conference scoring leader at New Jersey’s Hopewell Valley High School and then easily made the leap to college, leading the North Eastern Athletic Conference in 3-point shooting percentage his first year.

Max’s attitude and work ethic make him a standout outside the gym, too. Like brother Will, Max earned a spot on the Director's List of Abington of academic achievers among student athletes. And between basketball and classes, the corporate communication major find time to work as a conference planner at Chauncey Conference Center in Princeton, New Jersey.

Follow Max's progress and the basketball team throughout the season at www.abingtonsports.com/index.asp.

New alumnus credits Abington with his success in Europe 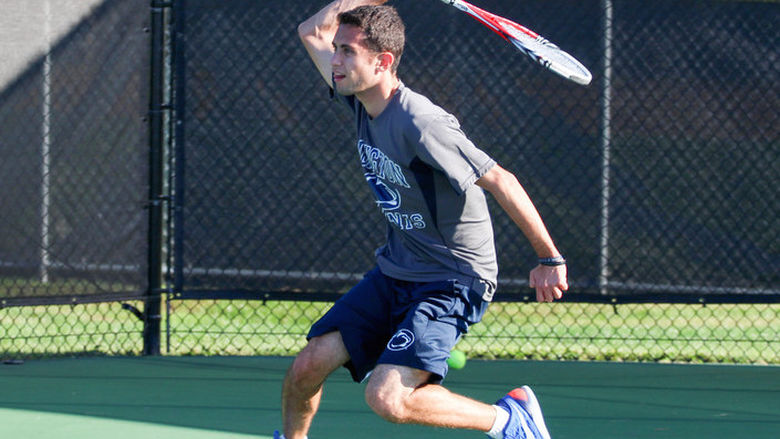