'Do you know how many families you are feeding this year?' 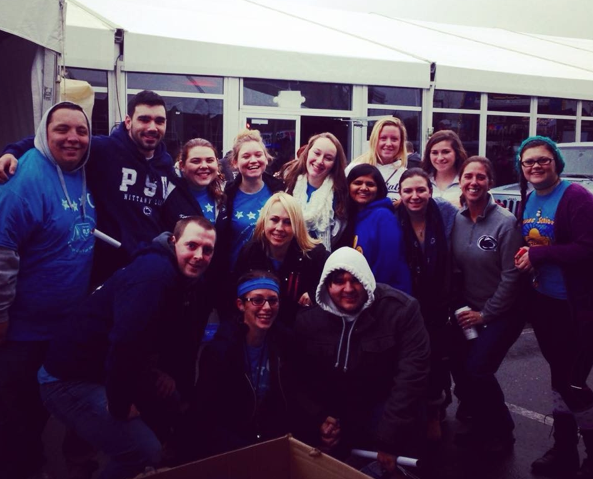 “Do you know how many hundreds of families you are feeding this year? You Penn State people are amazing!”

Two sentences from a complete stranger clarified the impact of months of food collection and fundraising for the Penn State Abington Lion Ambassadors (LAs), They had just unloaded a staggering amount of food at the annual Camp Out for Hunger food drive sponsored by Philadelphia radio station 93.3 WMMR when a woman approached Erica Pulaski, longtime adviser to the LAs.

“Before we were told the final weight of our contribution, a woman hugged me, and said, ‘Do you know how many hundreds of families you are feeding this year? You Penn State people are amazing.’ ”

A little later, the Preston & Steve Show hosts announced that Abington donated almost four tons of food, ranking them among the largest 2014 donors. Student Taylor Houston captured moment, which included shout outs to THON and Penn Staters in general, on her phone. And on social media the video spread like, well, peanut butter, a popular Camp Out donation.

The video was posted on the Abington Facebook page and, within two days, it garnered more than 5,000 likes. The University reposted it for almost 400,000 likes. The post has more than 60,000 views, and the video almost 15,000 views. The comments from the Penn State extended community included: "Would expect nothing less!" "We Are!!!!!" and "Once again, so proud to be Penn State."

Today, the LAs found out that their hard work also will help spread the word about their home base, the Abington campus community. The radio station awarded Abington a $10,000 advertising campaign for donating the third largest amount of food.

Pulaski said that although the LAs appreciate the recognition, they are thrilled that it helps raise awareness of food poverty in the Philadelphia region.

“What matters most to us is that families will now have meals on their tables when they otherwise may not have,” Pulaski, associate director of enrollment management and retention and longtime adviser to the LAs said.

The LAs, in their ninth year of Camp Out, topped last year’s total by 1,000 pounds. True to the camping theme, they erect tents throughout campus for faculty, staff and students to fill with nonperishables. They also collect cash from alumni and friends.

The Student Athlete Advisory Committee played a role and organized its second Food Fight, which added 1,000 pounds into the total.

The food is delivered to XFINITY Live! at the sports complex in South Philadelphia. where the show's hosts live and broadcast from the parking lot for five days. The donations are processed and distributed by Philabundance, the Philadelphia region’s largest hunger relief organization. 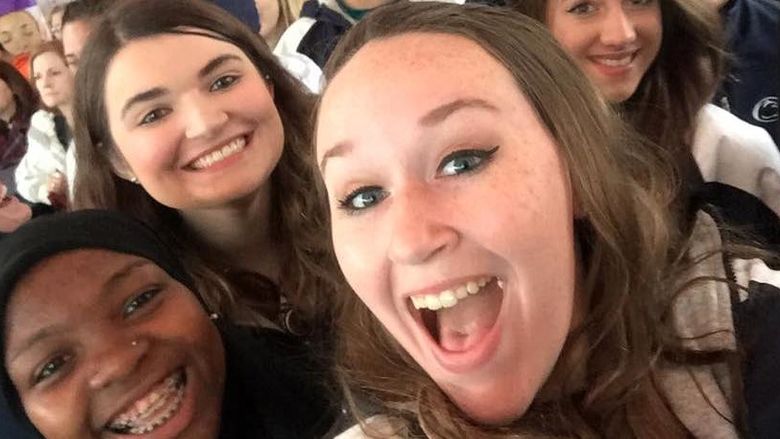 Abington 'over the moon' with 6-ton food donation 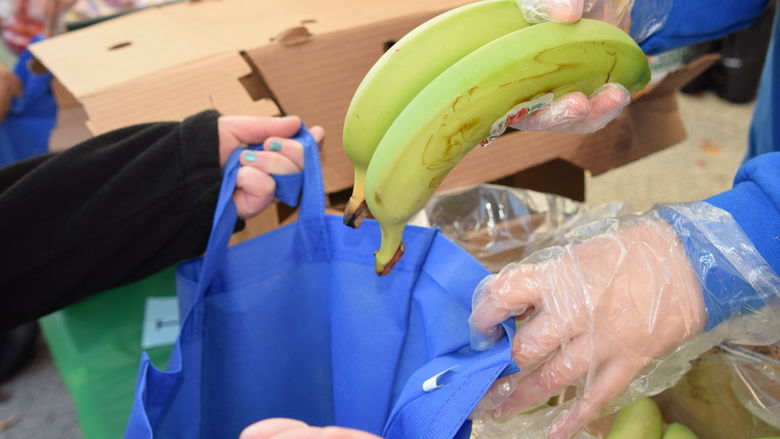