‘More than college, it's a community’ 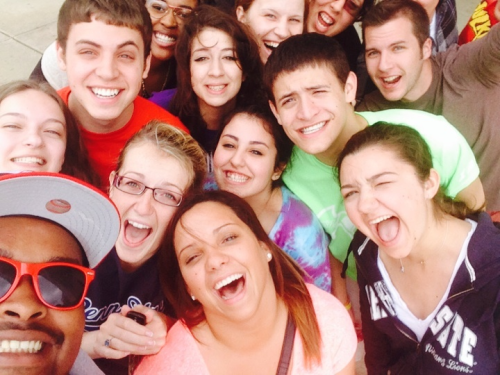 What a welcome! Orientation Leaders including Alena Sadykova (top center) help incoming students find their place in the Abington community.

Sadykova, born in the United States and educated in Russia, recounts her loneliness and fear - shared by many first-year college students - on the Lions Tales student blog. But she discovered that it doesn't take long to find your home in the Abington community.

"I would have never guessed how easy it is to make new friends at Abington. I was all by myself the first week of classes, glued to Facebook and Skype to feel like being with my friends in Moscow. It all changed when I attended Involvement Fair and joined International Cultural Alliance. I felt way more confident because now I had friends at Penn State Abington."

"Whoever you are, whatever is your background, we want you to be involved because Penn State Abington is more than college; it is a community."

"During the past year I met so many great and inspiring people who made me feel I made a right choice joining Penn State family. Our small campus is open to everyone. We want to hear from you. We want you to make a difference," she said.

"You may be international, or athlete, or traveled the entire states, or make your own music, or being academically exceptional and conduct the whole research," Sadykova said. "Whoever you are, whatever is your background, we want you to be involved because Penn State Abington is more than college, it is a community."

Sadykova is taking classes while working in Admissions this summer, and she earned a coveted position as an Orientation Leader where she helps new students make a successful leap college life - just as she did one year ago.

Follow Sadykova and other Abington students on the Lion Tales blog at http://pennstateabington.wordpress.com/ 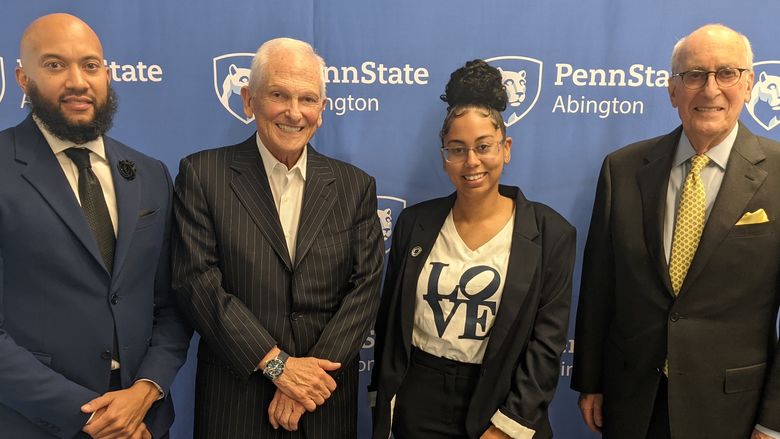 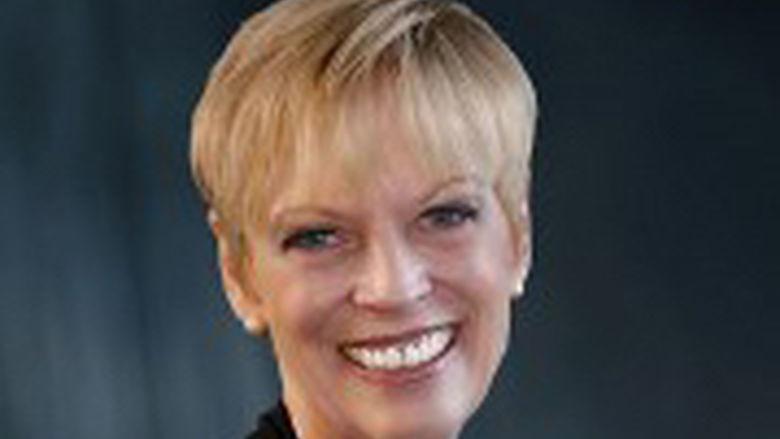 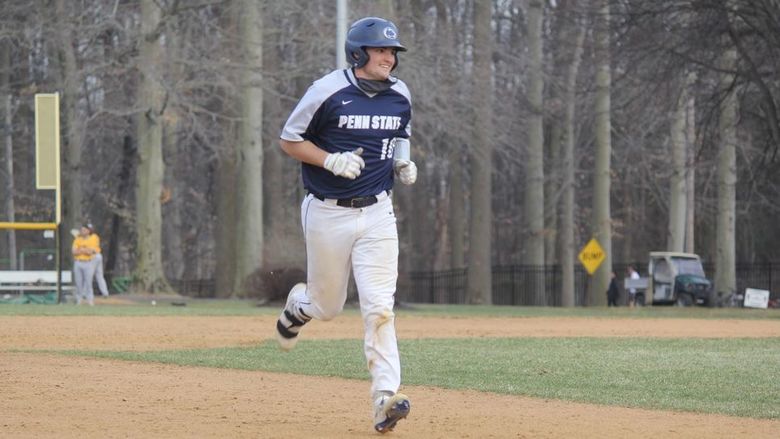 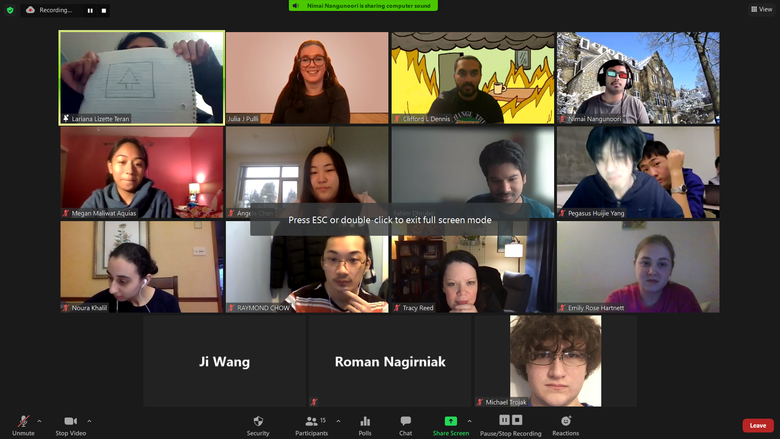 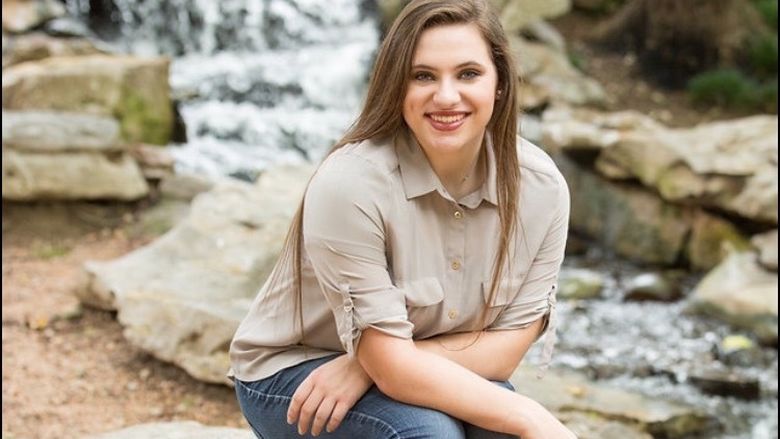