UNIVERSITY PARK, Pa. — After considerable debate at its first meeting of the semester on Jan. 26, the Penn State Faculty Senate voted to implement an optional, opt-in alternative grading system for the spring 2021 semester.

The 79-62 vote reinstates Senate Policy 49-70, which established the alternative grading system previously implemented during the spring and fall 2020 semesters to provide flexibility to undergraduate students adversely impacted by the ongoing coronavirus pandemic.

The vote came after a report from the new Policies Influencing Equity (PIE) task force recommended continuing alternative grading in spring 2021, citing the ongoing challenges posed by the COVID-19 pandemic for students. PIE was created during the fall 2020 semester and charged by Faculty Senate Chair Beth Seymour and Interim Vice President and Dean for Undergraduate Education Yvonne Gaudelius to investigate the possibility of alternative grading in future semesters and the ways in which policies and procedures may have disparate impacts on students. The PIE task force includes faculty, administrators and students.

“This is an imperfect solution to an imperfect situation,” said Jeff Adams, PIE task force member and associate vice president and associate dean for undergraduate education. “Although we recommend reimplementing the policy for spring semester, alternative grading does pose some real problems that we are concerned about.” He cited the potential negative impact of using alternative grading on students’ future professional and academic goals, as well as the impact of alternative grading on students’ ability to enter GPA-controlled majors, as some of the task force’s concerns.

Jones also expressed concerns that students whose academic performance should trigger them to enter academic warning would instead be able to convert failing grades into alternative grades to preserve their GPA, thus preventing them from getting the academic support they needed and setting them up for potential additional academic struggle.

“The academic warning system is intended as a deliberate way of intervening with students experiencing academic difficulty, rather than allowing them to continue to register and incur costs while not really making academic progress,” Jones said.

Senators engaged in robust debate, with several faculty members sharing Jones’ concerns. One senator noted that his college is already experiencing challenges with their academically controlled majors due to the previous two semesters of alternative grading, while others shared their concerns that some students have used alternative grading to overload their course schedule without worrying about the impact to their GPA. Senators also questioned for how many semesters it was appropriate to offer alternative grading, as well as its long-term impact on the outside perception of the quality of a Penn State degree.

Other senators shared the position that students continue to be adversely impacted by the coronavirus pandemic, and that offering alternative grading continues to be a safety net as students contend with personal, familial and financial challenges.

The alternative grading policy will function almost identically to how the policy operated in the fall 2020 semester. For the spring 2021 semester, undergraduate students will be able to choose to keep the grade earned in each of their courses, or to have one or more grades replaced with one of three alternative grades that have no impact on GPA calculation — SAT (Satisfactory); V (Pass); or Z (No Grade).

As in the fall 2020 semester, restrictions on how this option can be used to meet entrance to major criteria and dean’s list and other such academic recognitions will continue. Any student who has received an academic sanction as the result of a violation of academic integrity will not be allowed to select alternative grading for that course.

Alternative grading is not available for students enrolled in post-baccalaureate degree programs including Penn State Law at University Park, Penn State Dickinson Law and the MD program and physician assistant program within the College of Medicine. The Graduate School is consulting with the Graduate Council about whether or not to implement alternative grading for the spring, and more details will be forthcoming.

Having been passed by the Senate, alternative grading will be implemented by Penn State’s Administrative Council for Undergraduate Education. Additional details, including when alternative grades will be available for selection in LionPath, are forthcoming.

In his report to the Senate, Penn State President Eric Barron reviewed key initiatives that continue to be of significant interest to University leadership and the Board of Trustees: addressing bias and racism, supporting student education and well-being through student activities, and using innovation dollars to make key strategic investments.

The University’s multi-pronged efforts to address racism and combat bias are progressing on multiple fronts, Barron said. The new Student Code of Conduct has been officially implemented for the spring 2021 semester, which makes certain acts of bias a code violation among other changes designed to enhance equity for all students. Additionally, the Select Penn State Presidential Commission on Racism, Bias, and Community Safety has completed its draft report, and Barron said he expects to work closely with the Board of Trustees to make significant progress on the commission’s recommendations in the near future. Penn State’s recently concluded Educational Equity Matching Program also brought in more than $22 million in gifts to create 167 new equity scholarships across the University, Barron said.

Barron said Student Affairs has been hard at work to create a phased approach for reopening certain activities to support student life and wellbeing while still safeguarding the health of the University community. He said that students will be able to enjoy a broad range of both virtual and in-person activities with safety protocols in place, including the pending reopening of the IM Building and Pegula Ice Arena for ice skating activities.

Through the pandemic, Barron shared that Penn State has maintained its commitment to making strategic investments for the long-term wellbeing of the University. Continuing to enhance Penn State’s research enterprise, investing in antiracism scholarship and strengthening the Penn State Health enterprise and its relationship with the College of Medicine are key priorities that will continue to benefit the University, Barron said.

Jones gave an overview of the 2020-21 approved operating budget, which totals $6.97 billion — an increase from the 2019-20 operating budget of $6.81 billion. Planning for this fiscal year was particularly challenging due to both anticipated factors, such as a new budget approach and the implementation of the new SIMBA business management system, as well as the unanticipated obstacles posed by the ongoing COVID-19 pandemic, he said. Despite these challenges, Jones affirmed that Penn State continues to stand on firm financial footing, poised to continue to realize the University’s educational, research and land-grant missions.

Penn State’s annual appropriation from the Pennsylvania Legislature remained level for the 2019-20 fiscal year at $338 million, and Jones thanked the legislature for its ongoing support. In line with Penn State’s commitment to increasing access and affordability for all students, and in light of challenges brought on by the pandemic, Jones reminded senators that Penn State’s leaders, including the Board of Trustees, froze tuition for the 2019-20 academic year, and noted that room and board rates have been pro-rated for the spring 2021 semester.

The Senate also undertook a number of other items of business, including:

The next meeting of the Penn State Faculty Senate will take place on March 16, and will be viewable virtually on Zoom. 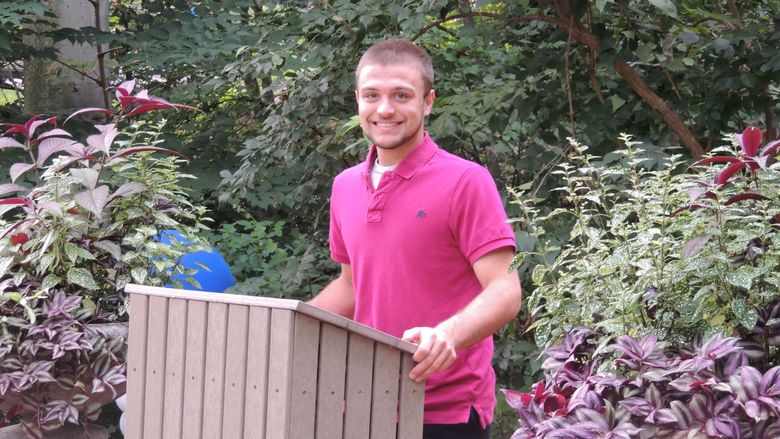