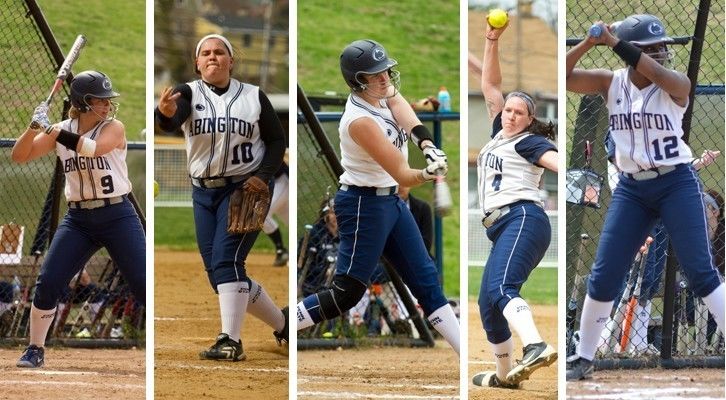 Junior catcher Sheila O'Hagan was named player of the year, and she joined four of her teammates on all-conference teams. O’Hagan, an administration of justice major, blasted 13 home runs and now holds the single-season home run record at Abington and NEAC.