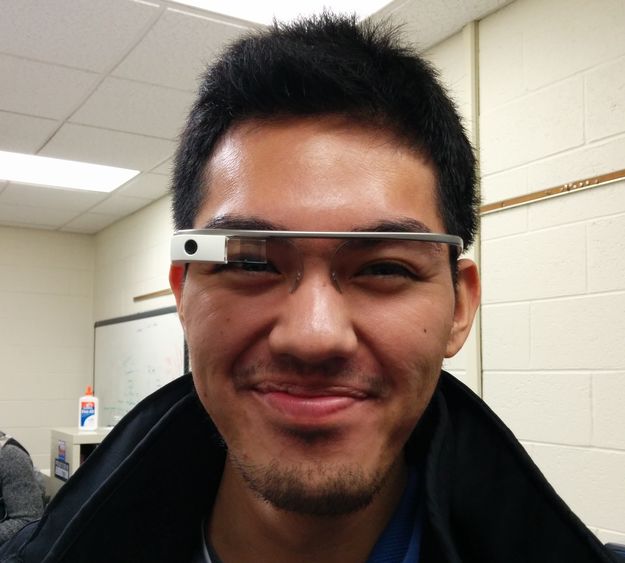 A Massachusetts Internet entrepreneur and his wife donated a pair of Google Glass to Penn State Abington, and the early adopters on campus were information sciences and technology students.

“I was given the glasses through a relationship my company has with Google,” Michael Salguero said. “I thought it would be good to pass them along to an institution that could get some benefit out of them - more than me looking cool at parties!”

“I thought it would be good to pass the Google Glass along to an institution that could get some benefit out of them.”

Joseph Oakes, senior IST lecturer, almost immediately took them into his IST 331 Human Computer Interaction class. Dolores Fidishun, head librarian at Abington, said the Google Glass are housed in the library, and she expects increased requests for them from faculty and students.

Google Glass is a wearable Android-powered computer built into glasses-like frames that allow users to shoot pictures and video, search the Web, send emails, and translate on the go as well as run specially designed apps through voice commands.

Michael Salguero's firm, CustomMade.com, connects shoppers with more than 12,000 artisans and craftspeople who create high-end custom items such as furniture and jewelry. The site attracts hundreds of thousands of customers each month. Google Ventures and Atlas Venture are among the investors in the firm.