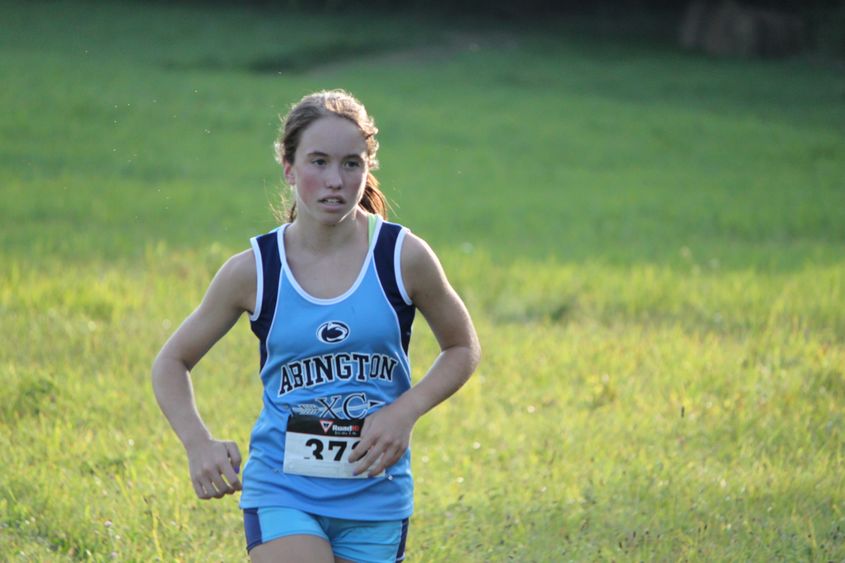 Record-setting Penn State Abington student athletes Alexander Kane and Valerie Santangelo were honored twice in the past few days, each earning cross-country runner of the week honors from the Eastern College Athletic Conference (ECAC) and from the North Eastern Athletic Conference (NEAC).

The NEAC also named tennis aces Steven Ly and Honora Hegarty, and volleyball player Rachel Bohl as student athletes of the week in their respective sports.

Kane and Santangelo recently set new course records in the men’s and women’s 5-kilometer races at the Dukes Invitational in New Jersey. Santangelo finished ahead of the second place runner by 48 seconds while sophomore Kane outpaced his nearest competitor by almost a minute.

Bohl, Santangelo and Hegarty are all first-year student athletes. Kane is a sophomore, and Ly is a senior.

This is the first time an Abington player has been named an Eastern Conference runner of the week, and it is the second consecutive week that Santangelo earned the NEAC women's cross-country honor.

Penn State Abington field 13 men's and women's teams, and is also is a member of the National Collegiate Athletic Association Division III.

For more information, go to http://www.abingtonsports.com/.