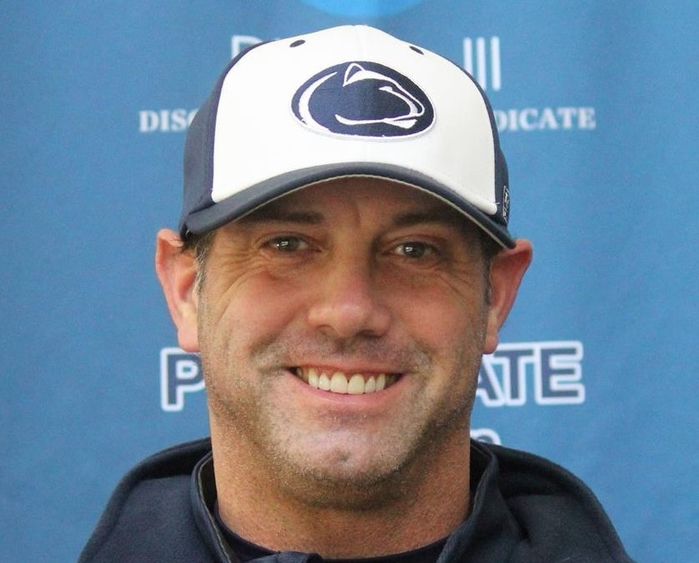 “I’m taking over a baseball team with a lot of talent. They have seen success, and we’re trying to take them to another level. I’m getting a group of kids that are hungry to put Penn State Abington on the map,” he said.

Miller leads a team with an established winning culture, and his role is to foster their growth.

Miller experienced success as an athlete in high school, college, and as a professional, and his background helps to ground him as a coach.

“I’ve seen the highs and seen the lows as a player. I know what it feels like to fall short. I can sympathize with players and help guide them through it. I want to get them ready for ups and downs of a season,” he said.

Miller was picked in the first round of the Major League Baseball draft by the Cleveland Indians in 1995, playing professionally from 1996 to 2003 including a “dream come true” stint with his hometown Philadelphia Phillies in 1999.

“Being in a big-league clubhouse and learning from greatest minds in the game was a blessing,” he said.

Miller began his coaching career at the University of Hawaii-Hilo and moved on to stints at Rutgers, Villanova, and LaSalle universities. As a four-sport player in high school, he starred at Chestnut Hill Academy in Philadelphia and later was named an All-American at NCAA Division I Clemson University.

Learn more about Miller, his experiences, and his plans for Abington baseball in episode 120 of 1-on-1 with Matt Leon, an original podcast from Philadelphia’s KYW Newsradio.