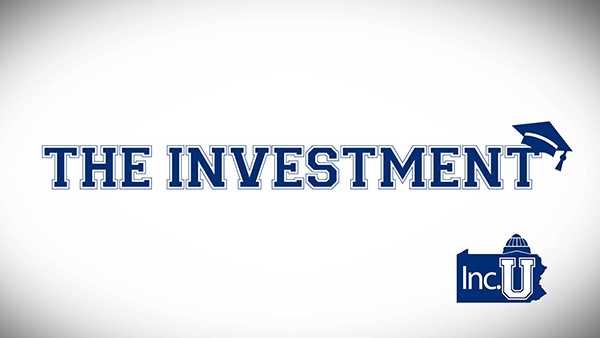 Event partners WPSU and PennTAP were faced with the possibility of needing to cancel the competition due to social distancing guidelines and had to improvise. Unable to host their usual live taping of “The Investment,” the organizations and the competition finalists pivoted the annual TV show filming to a virtual format.

PennTAP, along with experienced entrepreneurial coaches, worked with the student teams to get their pre-recorded pitches ready and prepare for questions the judges may have during the live question and answer event.

The virtual episode recording will take place privately on June 6. “The Investment” will be both released as a web episode and broadcasted on WPSU’s television station. The date of the web release and TV airing will be announced at a future date.

The six student startups competing for a share of $30,000 are:

Founded by Nino Efendic from Penn State Abington, Aerial Prospex is a commercial drone service company authorized by the FAA that specializes in progress reports, inspections, and photogrammetry.

Founded by Izaak Lustgarten from Penn State Altoona, D’Vote is a community focused app where people can donate money through rounding up their purchases.

Founded by Austin Thomas from Penn State University Park, JERPA Jeans makes sherpa-lined jeans for all your outdoor needs when you want to look fancy but feel comfortable.

Founded by Michael Miller and Jack Quinn from Penn State University Park, LoanCrunch is a mobile app that helps students manage their student loans by providing them one platform to easily understand, manage, and repay their student debt.

This pivot to a virtual format was made possible due to the efforts of the WPSU IT team and thanks to the following WPSU sponsors:

The sponsors for the competition prize money are as follows:

Inc. U is a Penn State program partially funded by a five-year grant from the U.S. Economic Development Administration (USEDA) in partnership with Invent Penn State. Part of the USEDA grant funds the development of “The Investment."