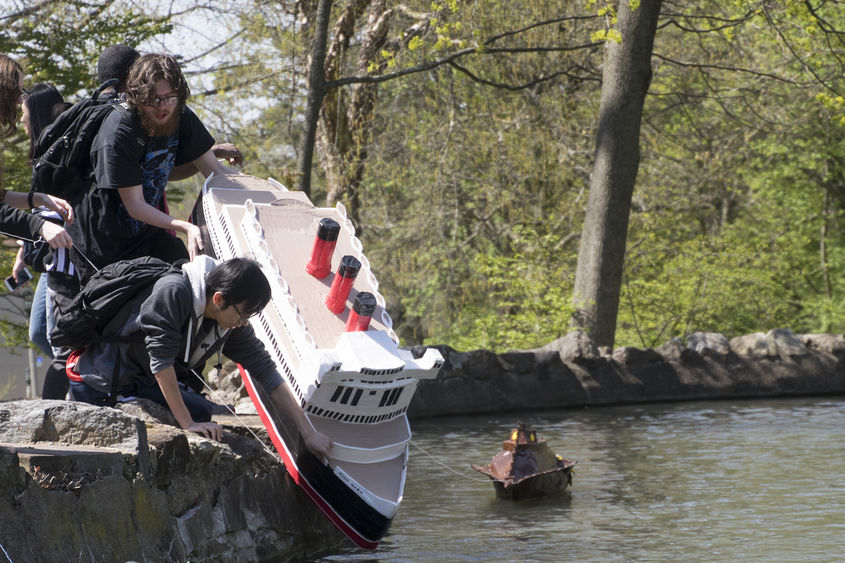 Art students at Penn State Abington launch their replica of the Poseidon while the Nautilus floats just behind it.

Enrolled in a foundational sculpture course, the students constructed 6-foot replicas of iconic ships and submarines, which they launched on the campus duck pond for their final exam.

The project was the brainchild of H. John Thompson, assistant teaching professor of art, who showed students trailers and clips that included the S.S. Minnow from "Gilligan's Island" and the USS Ranger aircraft carrier in “Top Gun.”

“The boats I presented to the students were selected because they all had interesting volume and silhouette,” he said. “The core concept of this project was about three-axis thinking, volume and color, so the materials were limited to cardboard, duct tape, and hot glue.”

The students broke into groups and selected the following vessels: 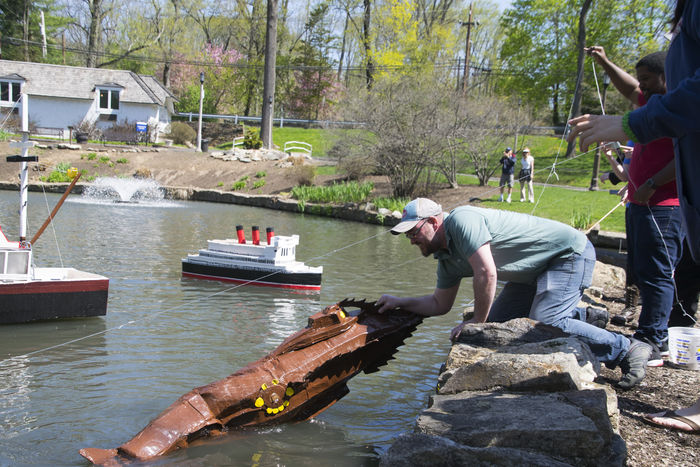 H. John Thompson, assistant teaching professor of art, launches the Nautilus from the film "20,000 Leagues Under the Sea."

Thompson traded the traditional final critique of the studio course for the launch on the duck pond and invited the campus community to watch.

“By planning events such as this, I want our students to feel engaged and supported by everyone who has an investment in our students' understanding of the world,” he said. “I want everyone to feel like a community, that we're all working to make everyone's lives better, and for art to be an important part of our immediate culture.”

Thompson explained, too, that the project introduced students to the weight that visual culture carries — and his point was made when a student sporting a “Jaws” tattoo wanted her picture taken with the Orca replica.

“These boats become symbols for ideas, and it's something I want to ingrain in our students early on: What one makes is a language they share with the world," said Thompson.

Penn State Abington art students create a replica of the Red October submarine from the film "The Hunt for Red October."

When designing a project, Thompson thinks primarily about the concept he wants the students to understand and what materials can demonstrate the idea.

“I set the students up for success by encouraging them to use and push the material, but give them parameters, since they may not know the limitations of the material,” he said. “There are other things to consider beyond the visual.”

Thompson often uses cardboard in his sculpture classes since it is easier to fold and bend than wood, and this time he added colored duct tape to bring the idea of color as a material element into the equation.

“So many times students want to paint their sculpture projects,” Thompson said. “I always explain that color doesn't have to be limited to painting. Color can be developed through the qualities of a material itself."

Figuring out how to make the vessels float was another challenge.

"Buoyancy becomes an important part of the success or failure of the project,” said Thompson. “The tape made the sculpture relatively watertight, so we discussed the question, ‘What can a material do practically, as well as visually?’ Art can involve physics and aesthetics.” 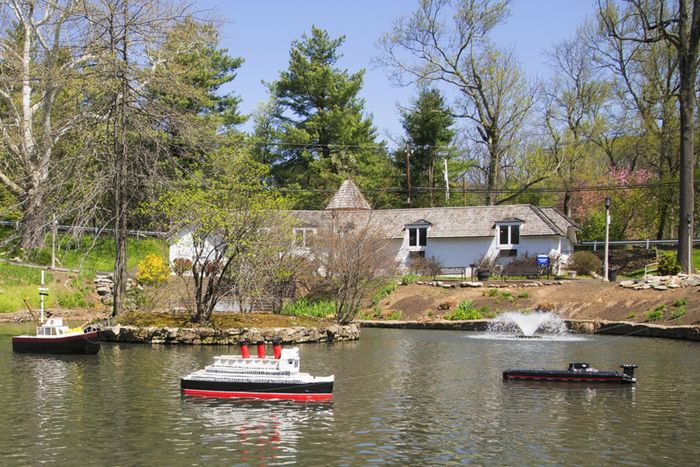 The Orca, the fishing boat from the film "Jaws;" the Poseidon from "The Poseidon Adventure;" and the Red October from "The Hunt for Red October" sail across the duck pond at Penn State Abington. 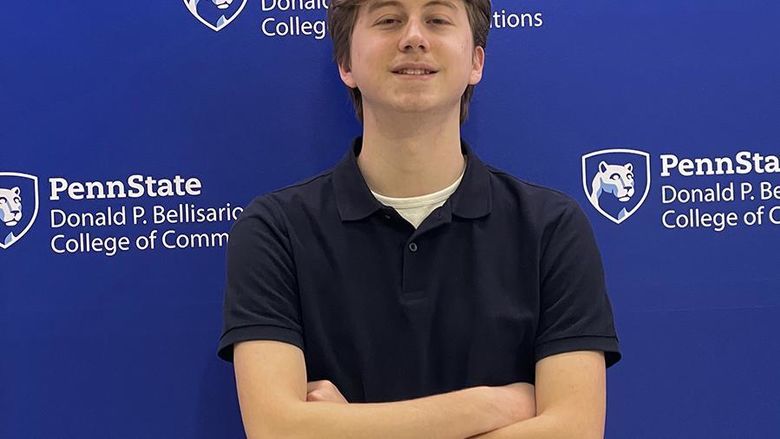