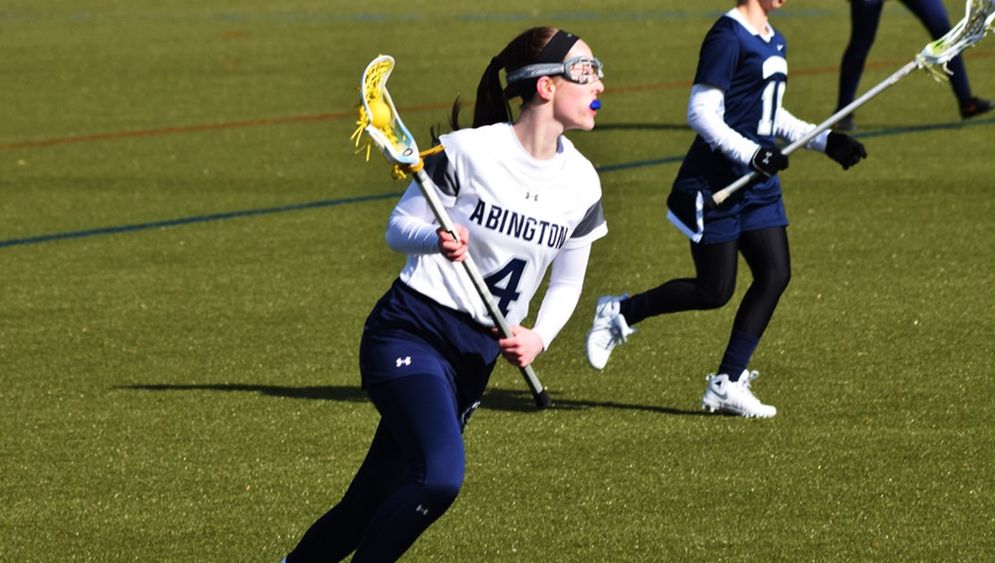 The North Eastern Athletic Conference has named Penn State Abington midfielder Marah Hayes its women's lacrosse offensive player of the week for the second time this season. As of March 31, the midfielder led the team with 17 goals.

As leader of the the nation's third-ranked offense, she contributed 10 goals and 15 points in two games. During the team's 20-4 win over Waynesburg, Hayes scored four goals and one assist in the first half. Against Rutgers-Camden, Hayes led the team to an 18-6 win with six goals.

Penn State Abington athletics scores for the week of March 26, 2017.

Penn State Abington, formerly the Ogontz campus, offers baccalaureate degrees in 18 majors at its suburban location just north of Philadelphia. Nearly half of our 4,000 students complete all four years at Abington, with opportunities in undergraduate research, the Schreyer honors program, NCAA Division III athletics, and more. Students can start the first two years of more than 160 Penn State majors at Abington and complete their degrees at University Park or another campus. Lions Gate, our first residence hall, will open this August.