Prior to her service at Penn State, Hudson-Ward worked for the Camden County Library System, West Chester University of Pennsylvania and Temple University, and as a marketing manager for the Coca-Cola Company. She earned an undergraduate degree in English and African American studies from Temple University and a master’s degree in library and information science from the University of Pittsburgh, and is pursuing a doctorate in managerial leadership in the information professions at Simmons College.

At Oberlin, Hudson-Ward will be responsible for the four campus libraries — Mudd Center library, the science library, the conservatory library, and the Clarence Ward Art Library — as well as special exhibits, collection development, technology integration and space planning and utilization.

Pablo Mitchell, associate dean at Oberlin and chair of the library director search committee, said the search for a new library director was very competitive, but Hudson-Ward was a standout. “Ms. Hudson-Ward was clearly at the top of the candidates in this extremely competitive pool. Her vision for the college library system, broad professional experience, and enthusiasm were unmatched and we are absolutely thrilled she has accepted the position.”

“Oberlin College is the first college in the United States to graduate African-Americans and women,” Hudson-Ward explained. “Also, the town of Oberlin has an amazing abolitionist history. Azariah Smith Root, Oberlin’s first library director, is a legendary pioneer of academic librarianship and a founding member of what would later become the Association of College and Research Libraries, a division of the American Library Association. So, I am excited and humbled by this opportunity.

“While I am thrilled about my new role, Penn State has been my professional ‘home’ for a decade, and we have deep emotional ties to each other, including great friends,” she added. “The University has afforded me many opportunities to ‘polish’ and refine my leadership acumen. I am truly grateful for our time together and welcome further engagement along with possible collaborations in the future.” 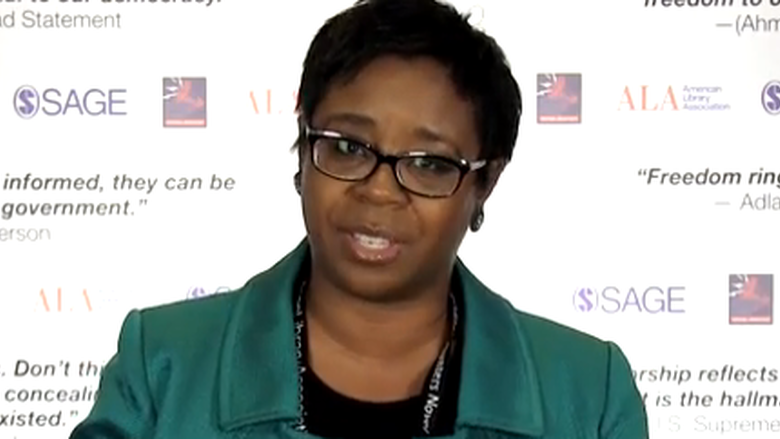 A tribute to slain librarian during Banned Books Week