Dedication and sacrifice, friendships and milestones 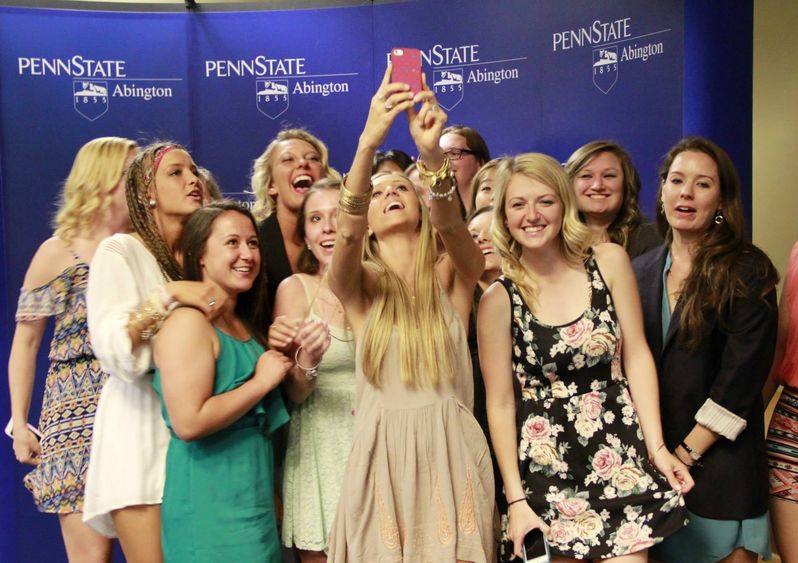 The Abington women's lacrosse team celebrates the official end of the season.

They are students, athletes, and roving ambassadors for Penn State Abington. They practice for hours each week and travel the northeastern United States to challenge their rivals, all while completing projects, attending classes, working, and volunteering.

More than 150 student athletes, their coaches and families finally had a chance to relax last week as they marked the end of the 2013-14 season at the annual sports banquet. It was a time to reflect on their dedication and sacrifices and to celebrate milestones and friendships.

Two players and one coach had particularly noteworthy seasons.

The following student-athletes received awards at the banquet:

The event also marked the close of Abington's second year as a full member of the National Collegiate Athletic Association (NCAA) Division III.

The campus fields men’s and women’s teams in basketball, cross-country, soccer and tennis. Baseball, golf, softball, and women’s lacrosse and volleyball round out the athletics program. Learn more about Abington NCAA Division III athletics and for box scores and complete game coverage, go to www.abingtonsports.com.