Alumnae to offer behind-the-scenes look at the entertainment industry 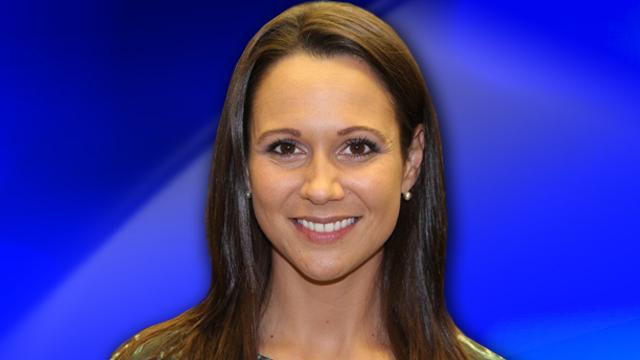 Meteorologist and newscaster Erica Grow, Class of 2002, will speak at a Penn State Abington event on the entertainment and news business.

The Food Network. 6ABC. The Emmy Awards. Miramax Films. The names are familiar and fascinating, but what happens behind the scenes at these famous news and entertainment brands? How are reality shows developed and what is it like to work at a local television station?

Find out at 7 p.m. Thursday, Nov. 7, as Penn State Abington Examines presents From the Red Carpet: Powerful Women in Hollywood featuring four Penn State alumnae who have forged successful careers behind the scenes in the news and entertainment industries. The event is free and open to the public, and will be held in Old York Road Temple-Beth Am, 971 Old York Road, Abington.

The discussion will be moderated by “The Expert” Moylan C. Mills, professor emeritus of integrative arts at Abington. The women, who started in the business in four different decades, will offer their perspectives and answer questions.

Jodi-Goren Rode, "Restaurant: Impossible" reality show producer
Jodi Goren-Rode, Class of 1983, has worked in the entertainment industry for almost 30 years as an executive producer for Banyan Productions and Keystone Pictures. Her credits include the reality shows "My First Place," "House Hunters" and "Fabulous Cakes." Currently, Goren-Rode is a producer and partner in J3tv and ShootersINC, where she serves as post-production supervisor for the Food Network’s hit reality show "Restaurant: Impossible."

Tara Walls, entertainment marketing expert
Los Angeles-based Tara Walls, Class of 1993, is executive vice president for FRUKT, an award-winning creative entertainment agency that aligns brands with film, television and music. She joined the company in 2001 and began representing brands’ interests in the film industry, after spending almost 10 years working at Miramax Films and MGM. Today, Tara oversees the Branded Entertainment team, which is responsible for product placement and marketing partnerships. As the price of each placement is negotiated separately by producers and advertisers, Tara’s responsibilities translate into managing clients such as McDonald’s and American Airlines and  providing them the ability to place their branded products inside the powerful stories on the small and large screens as well as in the hands of celebrities. The business of product placement brings in more than $3 billion per year for the producers of movies and TV shows.