Journalist Jose Antonio Vargas has reported for some of the most prestigious news organizations in the country, winning a Pulitzer Prize before the age of 30. But the most fascinating story he didn’t tell for more than a decade was that of his double life as an undocumented immigrant. He will speak at 12:15 p.m. on Tuesday, Sept. 18, in Lubert Commons at the Lares Student Union Building on campus.

Vargas will bring the national immigration debate to Penn State Abington students this week as the campus marks Hispanic Heritage Month. Abington campus students will hear his “coming out” story, which was published in the New York Times Magazine in 2011. That groundbreaking piece, “My Life as an Undocumented Immigrant,” drove the ongoing national debate about immigration to new levels and led him to found the activist organization, Define American.

Vargas, who could be deported at any time, wants to encourage Abington campus students to join the conversation surrounding immigration. He cites statistics that one in 10 children in the United States grows up in a family that includes at least one undocumented member. Vargas grew up in such a family, not discovering his own status until he was 16.

Vargas’ goal is to inspire Abington students to participate in intelligent conversations about immigrants in America.

“When we think about immigration, we seem to think it’s all about Mexico and the border. That’s not the reality,” he said recently.

Vargas' talk will be free of charge and is open to members of the University community. 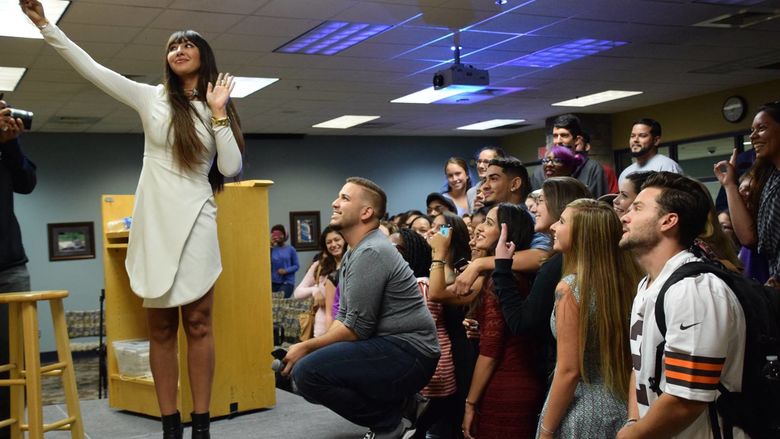