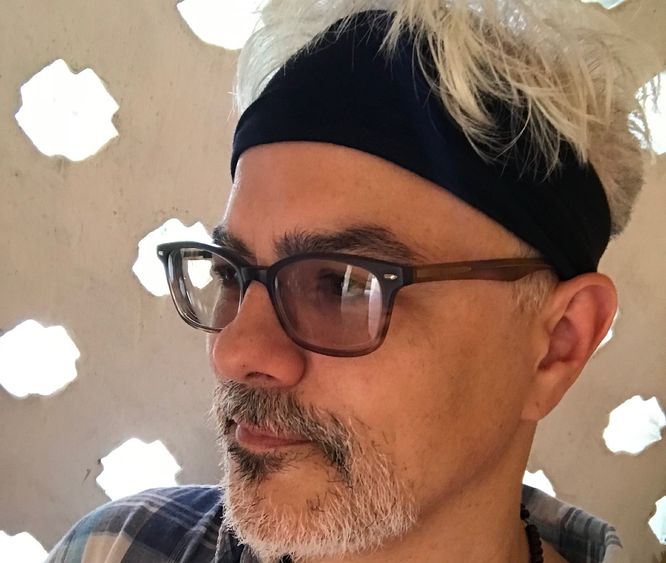 A new book by Penn State Abington professor C. Pierce Salguero, "Buddhish: A Guide to the 20 Most Important Buddhist Ideas for the Curious and the Skeptical," offers an engaging, accessible introduction to Buddhism for readers looking to explore a new spiritual tradition or understand the roots of their mindfulness practice.

Salguero, associate professor of Asian history and religious studies, said the book is for those who are curious about Buddhism as opposed to his previous publications, which were scholarly texts.

"It’s for people who are not necessarily lining up to go to mindfulness classes but feel there might be some value and who want to see what the tradition entails. Others might want some background information. It’s a broader overview of Buddhism, the whole tradition in a more objective, balanced way,” he said. "One of the goals of the book is to introduce scholarly research in an accessible way."

“I’m trying to capture my own lifelong relationship with Buddhism. I’ve been Buddhist-adjacent as a fan and critic and scholar of this tradition my whole adult life,” he said.

Salguero, who spent about 18 months writing "Buddhish," shares anecdotes from his time at a Thai monastery and from the years he spent living throughout Asia as well as other personal experiences that have shaped his study of Buddhism.

“In some respects, this is the product of 25 years of investigations and reading about Buddhism,” he said.

Salguero, who has been teaching an introductory course in Buddhism at Abington for more than a decade, decided to write an elementary text on the practice after finding teaching materials lacking.

"The existing texts were too dry, too impersonal, difficult to read, and way too expensive. I wanted to write an introduction to Buddhism that would be readable, personable, excitable, and affordable. ," he said.

“I’m piloting 'Buddhish' this semester in PDF form. It’s working really well, and I will be using it in the future,” he said.

It’s a broader overview of Buddhism, the whole tradition in a more objective, balanced way.

Columbia University Press recently published another major scholarly work by Salguero, A Global History of Buddhism and Medicine. It is a wide-ranging account of the interplay between Buddhism and medicine over the last two and a half millennia. The book demonstrates the crucial role of Buddhism in the cross-cultural medical exchange globally and how it remains at the heart of many types of traditional medicine that thrive today.

“From ancient India to present day Philadelphia, it is the culmination of project that I’ve been working on for the last 10 years that involved bringing together nearly 90 different scholars to work on producing translations about Buddhism. I wrote this book to pull those contributions together into a coherent story along with my research in my area of expertise,” he said.

Salguero’s primary research is in the connections between Buddhism and health. Currently, he is focused on American Buddhism and healing, and he plans to publish articles this year that include spiritual responses to the pandemic.