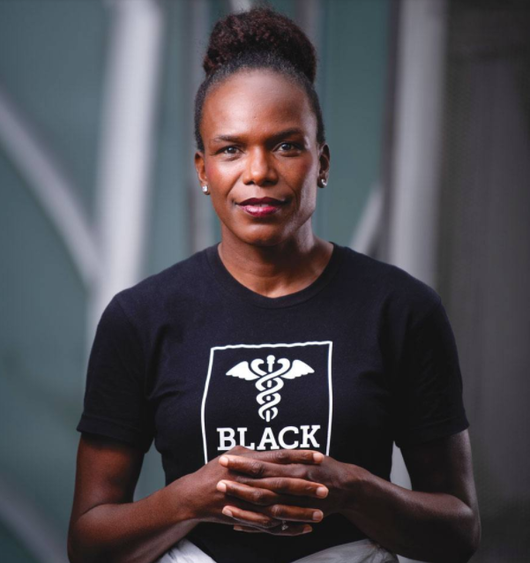 Dr. Ala Stanford led an effort to offer coronavirus testing in underserved communities in Philadelphia

The Penn State Abington Office of Development and Alumni Relations announced the 2020 Alumni Awards in four categories including achievement and service.

"Penn State Abington is proud of our esteemed 2020 award winners for their achievements both in their careers and in their communities," Andrew August, interim chancellor at Abington, said.

According to Lauren S. Enlow, associate director of Alumni Relations and Parent Engagement, a virtual awards ceremony will be held on Oct. 2. Register to attend here.

“Our 2020 award winners are a very diverse group of individuals who are excelling in their professions and making the decision to give back to their alma mater in various ways. They are a point of pride for all Penn State alumni, but especially Penn State Abington,” she said.

Major: Journalism
Occupation: Executive director, City Year Philadelphia
Bundrige served as a national school and community AmeriCorps member where he tutored and mentored elementary school students, later becoming a team leader. His work in education advanced to roles such as dean of students for Belmont Charter School. As executive director at City Year, he has enlarged the education nonprofit’s public and private funding and expanded the staff and operating budget. Bundrige mentors Penn State students and Philadelphia youth. He’s served on the Penn State Alumni Council’s national governing body for its alumni association, as programming chair, and as development chair. He’s also the proud founder of the Berta and Earnest Bundrige Jr. Scholarship for Educational Equity at Penn State. 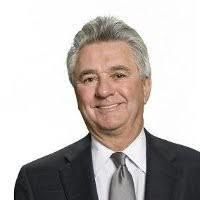 Robert Bruce McKee, 1966
Major: Accounting
Occupation: Retired gaming executive
McKee participated in ROTC at Penn State and served in the Army in Vietnam. The first 10 years of his accounting career were with two prominent international public accounting firms. When gaming was legalized in the late 1970s in New Jersey, McKee was recruited to Atlantic City where spent the next several decades of his career as chief financial officer, chief operating officer, and president of various casino operators. McKee led the efforts for the regulation and licensing systems that brought integrity to the gaming industry in New Jersey. Later in his career, as gaming expanded, McKee served the Potawatomi Nation as president and chief executive officer of Firekeepers Casino Hotel in Michigan for 10 years. The casino was voted one of the best places to work by Casino magazine. McKee founded the Robert Bruce and Lucielle D. McKee Scholarship, which supports Abington students majoring in accounting or finance.

Ala Stanford, 1991
Major: Biology
Occupation: General and pediatric surgeon
Stanford has cared for patients in North America and internationally. Six years ago, she embarked on a business, R.E.A.L. Concierge Medicine. This boutique concierge medical service has as its clients A-list Hollywood entertainers and business executives, their families, and friends. Stanford is also making a difference in the Philadelphia community. Amid the COVID-19 pandemic, Sanford and a group of fellow doctors saw a need for increased testing in minority communities. Together with local churches, they were able to set up testing in these underserved communities

This award recognizes graduates of the last 15 years who have proven to be rising stars in their fields. It recognizes Penn State Abington alumni who have brought credit upon Penn State through their exemplary professional, civic, or scholastic achievements. 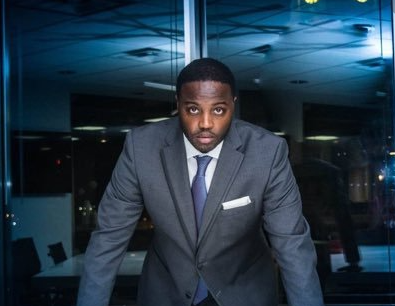 Marvin Dutton, 2007
Major: Psychological and Social Sciences
Occupation: Chief executive officer, Marvin’s Educational Services
Dutton worked in education as a teacher, mentor, consultant, national trainer, and professor. He identified an area where charter schools had a need and created a company to fill that need. Since opening Marvin’s Educational Services, he has diversified his offerings to include after-school tutoring and the administration of after-school programs. During the COVID-19 pandemic, he pivoted to create a curriculum for parents teaching their children at home. Dutton has also volunteered his time to speak to students about entrepreneurship and has been an active participant in the Abington campus career expo for the last three semesters.

Diana Harrison, 2013
Major: R.N. to BSN
Occupation: Nurse practitioner, Grandview Health System
After earning her BSN at Abington, Harrison went on to receive her master’s of nursing practice from Penn State. She is a registered nurse practitioner and worked in a low-income primary care clinic for women in North Philadelphia. Recently, she accepted a position at Grandview Hospital. Harrison has taught in Abington's R.N. to BSN program. 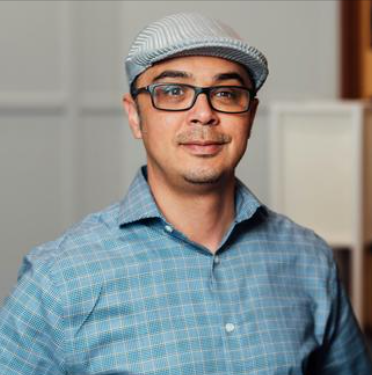 Major: Corporate communication
Occupation: Vice president, Digital Relations, Gregory FCA
Morrow is a digital strategist who drives leads for business-to-business companies through inbound and advanced social strategies. He launched digital campaigns for notable clients such as Richard Branson, global Fortune 50 organizations, and venture capital firms. Morrow founded KM Digital Relations, which was recently acquired by Gregory FCA and he was tapped to run the digital relations branch of the firm. Morrow volunteers his time with Penn State Abington to speak with students majoring in corporate communication and information sciences and technology. 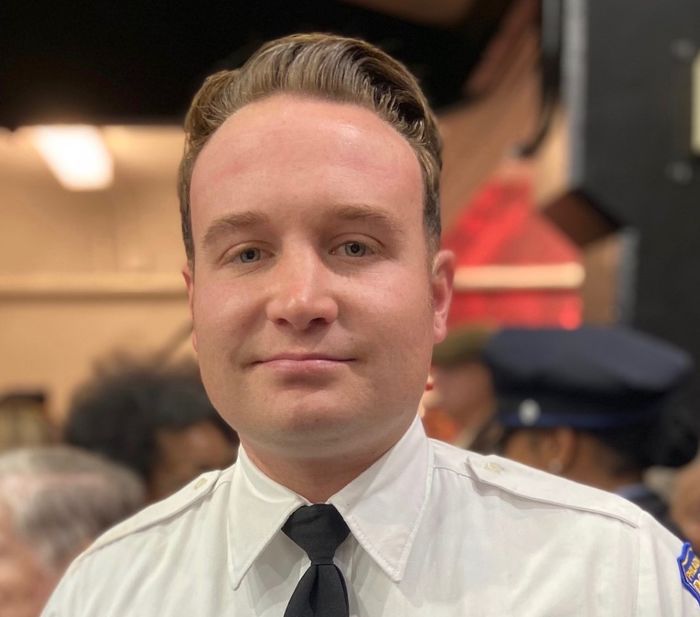 Steve Ricci, 2011
Major: Administration of justice
Occupation: Officer, Philadelphia Police Department.
Ricci has been invested in community-police relations as a Philadelphia police officer. For three years, he was the community projects coordinator for the First Police District. As the site leader for the department’s Community Health Enrichment Empowerment Resource Service (C.H.E.E.R.S.) program, he collaborated with the community to instill and impress upon youth values conducive to self-improvement and the betterment of their communities.

Alia Tahvildaran, 2008
Major: Integrative arts and English
Occupation: Art teacher, Germantown Academy
Tahvildaran has been teaching art at Germantown Academy for the past ten years and completed her master’s in education. Her final thesis focus was in developing curriculum for first- and second-grade art that addresses social justice citizenship. Her students’ art is engaged and created. Tahvildaran has maintained her own art practice, and her recent exhibition at Germantown Academy was a continuation of her Schreyer Honor's thesis in which she made work about family history.

This award recognizes alumni who have demonstrated excellence in giving back the Penn State community, for their volunteer service to the campus and engagement with current students, faculty, and staff.

Mack Brooks, 1969
Major: Political science
Occupation: Lieutenant colonel, U.S. Army, retired
After earning his Penn State degree, Brooks was commissioned as a second lieutenant in the Army, and volunteered for the infantry and two tours in Vietnam, earning many honors along the way. He has volunteered continuously to help young people reach their goals both during his Army service and after his retirement in 1995. Thirty years after leaving Abington, Brooks returned as a volunteer with the ROTC. He has since become very active in a variety of roles including serving on the Abington College Alumni Society, Abington College Advisory board, and the Athletics Advisory Board. He was a leader in establishing an endowed scholarship for Abington ROTC students. Brooks has served as a member of the Abington Advisory Board since 2012. In 2017, he accepted a leadership role as chair of the Governance and Development Committee and is a current member of the Executive Committee. In the past two years, he spent countless hours managing a complex and time-consuming project for the Abington Advisory Board.

Since her graduation, Quintana has given her time and talent through the Philadelphia Chapter of the Penn State Alumni Association, serving on the Abington Alumni Society Board first as secretary leading to her term as president, and through various on campus events. During her tenure on the Alumni Society Board, Melissa helped to strengthen its focus and ensure that the board was in alignment with the strategic focus of the chancellor and the campus. She has participated in numerous student panels as well as in the minority mentoring program previously sponsored by the Office of Diversity, Equity, and Inclusion.

This award recognizes alumni and friends who have made a significant financial contribution to Penn State Abington.

Lorraine Basara, 1975
Major: Health and physical education
Occupation: Retired senior human resources manager, Internal Revenue Service
Prior to her retirement, she was responsible for developing aspiring and current leaders at the Internal Revenue Service. She taught succession planning, mentoring, and coaching. Basara has been a dedicated and consistent member of the Penn State Abington community since her graduation. She has served as the secretary of the Abington Alumni Board and as a member of the Abington Athletics Advisory Board. Currently, she is a member of the Abington Campaign Committee, helping to support the fundraising needs of the campus. Basara has committed to supporting students through her philanthropic efforts as well as her volunteerism. In the last few years, she made a personally transformative gift to support Abington students. She has also directly supported the fundraising efforts of the Student Philanthropy Council during their Giving Tuesday fundraiser. Along with this gift, she joined the group for a panel discussion about why she felt it important to give back to her alma mater. This year during the COVID-19 crisis, Basara made a gift to purchase gift cards to a local restaurant for students who were unable to leave campus.

Penn State Abington provides an affordable, accessible and high-impact education resulting in the success of a diverse student body. It is committed to student success through innovative approaches to 21st-century public higher education within a world-class research university. With nearly 4,000 students, Penn State Abington is a residential campus that offers baccalaureate degrees in 22 majors, undergraduate research, the Schreyer Honors College, NCAA Division III athletics, and more.