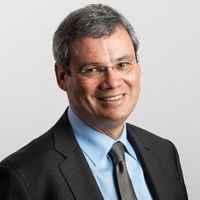 Cohen is founder and shareholder in the law firm of Cohen, Placitella & Roth, focusing his practice on complex civil litigation including medical malpractice, product liability, workplace accidents, and class actions.

Cohen boasts a long record of successes including the Top Settlement or Verdict of 2013 in Pennsylvania, a Top 100 Jury Verdict in the United States, and a Top 20 Recovery in New Jersey. He has been elected a fellow of the American Bar Foundation.

Cohen, who began his college career at Penn State Abington, earned his bachelor’s degree with High Distinction in the Honors Program from University Park. He earned his law degree from Temple University in 1977.