After nearly 20 years of service to Penn State Berks, University Police Deputy Chief Kevin Rudy will retire on Aug. 31. His retirement is the culmination of nearly 40 years in law enforcement. 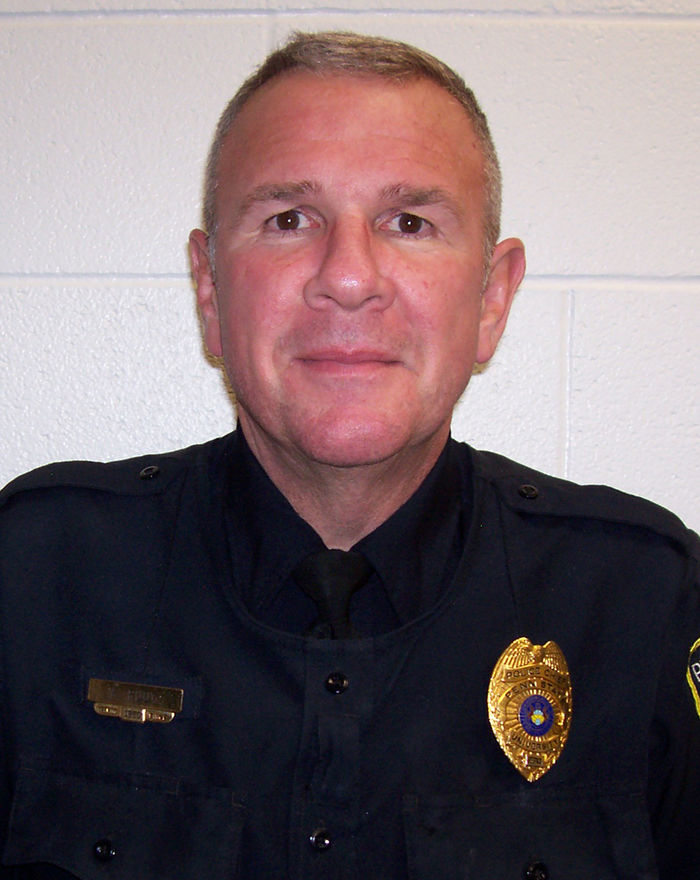 Rudy was a sergeant in the Reading Police Department when he joined University Police at Penn State Berks as an officer in October 2000. He worked his way through the ranks of sergeant, and then lieutenant and station commander for Penn State Berks and Great Valley campuses.

In January 2019, he assumed his current position of district commander and deputy chief of the Southeast District. In this role, he is responsible for oversight of all law enforcement activities at four Penn State campuses: Abington, Berks, Brandywine, and Great Valley, and one facility: the Penn State Navy Yard located in Philadelphia.

“We are thankful for Kevin’s longtime service to University Police and Public Safety and the law enforcement profession, which spans four decades,” said Charlie Noffsinger, assistant vice president of University Police and Public Safety. “We appreciate Kevin’s commitment to the Penn State community and wish him well in his much deserved retirement.”

While he was a sergeant at the college, Rudy joined the Berks County Emergency Response Team as an assistant leader for crisis negotiation and remains on the team today. He also serves as a county detective on the Berks County Drug Task Force.

Rudy believes in and models “community-oriented” policing on campus and in the field. “I built a strong working relationship with faculty, staff, and–most importantly–our student body. You have to be part of the community and find out what the issues are,” he said.

According to Rudy, one of his greatest accomplishments at Penn State Berks was creating relationships and having a positive impact on students. “You can have a positive impact on young men and women each and every day. By impacting the students who attend a major University, like Penn State, you have the ability to motivate them to remain on course and complete their education. Those relationships that you forge can change their lives and their destinies.”

In addition to the relationships he built on campus, Rudy also built upon his previous connections within the community including the Berks County District Attorney’s Office, the Council on Chemical Abuse, and local municipal police departments–many of which work with Penn State Berks University Police when there is an incident on campus. Penn State Berks officers also support municipal police in the local community when needed.

Prior to his career at Penn State Berks, Rudy was criminal investigator and then sergeant in the vice section of the Reading Police Department.

He graduated from the Reading Police Academy and earned a bachelor of arts in criminal justice from Alvernia University.

When asked what he plans to do when he retires, Rudy said he is looking forward to spending more time with family and friends and he would like to teach at local law enforcement-sponsored educational events.