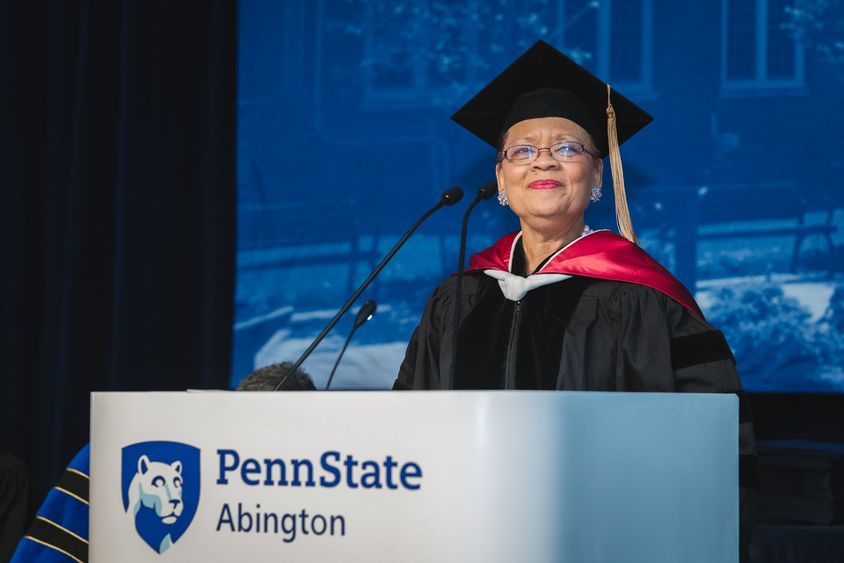 In her remarks, keynote speaker Marshall-Blake praised the Class of 2018’s diversity and noted one of its important commonalities: The chance to apply new skills and knowledge to pursue a calling.

“If you haven’t found your calling yet … keep searching. It’s there,” she told the graduates before delving into three values she believes are crucial to pursuing a calling: servant leadership, community, and courage.

“With the education you’ve received, you have the opportunity to lead but you also have the obligation to serve. Genuine leaders make things better for others, not just for themselves,” she said. “Leadership brings out the best in others. In order to lead, you must serve.”

"If the world you’re living in worries you, remember that you have the skills, the talent, and the dedication to change it. Let that be a source of courage. And when you find that courage, share it with everyone around you," Marshall-Blake said. 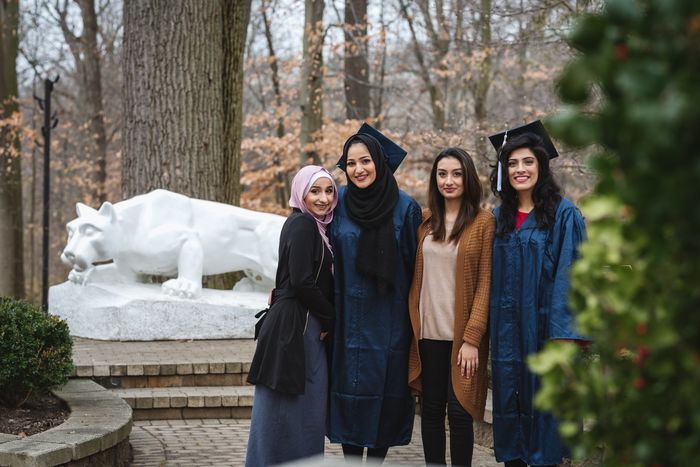 Penn State Abington graduates, family, and friends traditionally head to the Lion Shrine on campus after commencement for photos.

Before conferring the degrees in the campus Athletic Building, Abington Chancellor Damian J. Fernandez assured the graduates that the college will always be part of their shared story.

“May what you learned here carry you forth to contribute in small and big ways to making our national story better. We share a common humanity and a core of national values that connect us all. Ideals that, if embraced, will serve us well. The greatness of America is the promise of those ideals, the promise that their pursuit will redeem us all."

Fernandez highlighted several graduates during the ceremony with special achievements including: