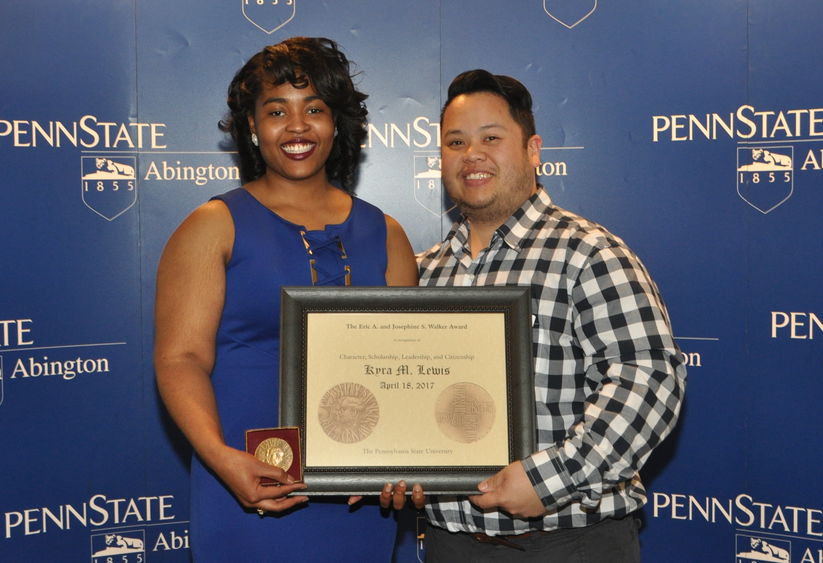 Penn State Abington honored students at its annual Awards and Leadership Reception with families, friends, and other supporters in the audience.

The Sparks Award is given to sophomores who have maintained a 4.0 cumulative grade point average at the end of their third semester: Cassidy Adams, Kathryn Fennessey, Rachel Katz, Matthew Koval-Kalokoh, Jamie Madison, and Bridget Welsh. 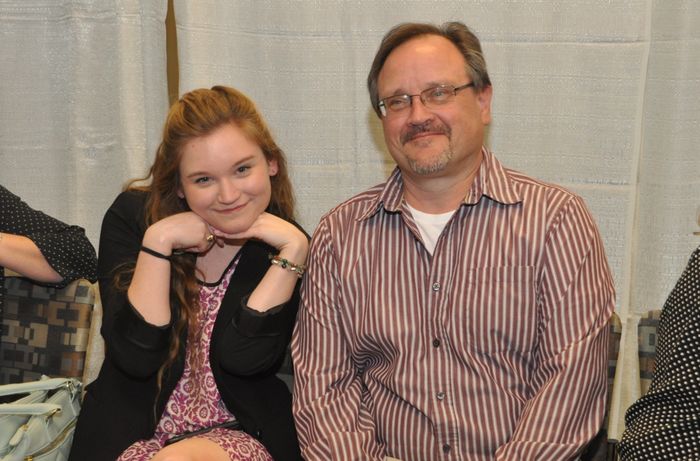 Abington student Morgan Kelly, who was recognized for exemplary leadership, with her father. 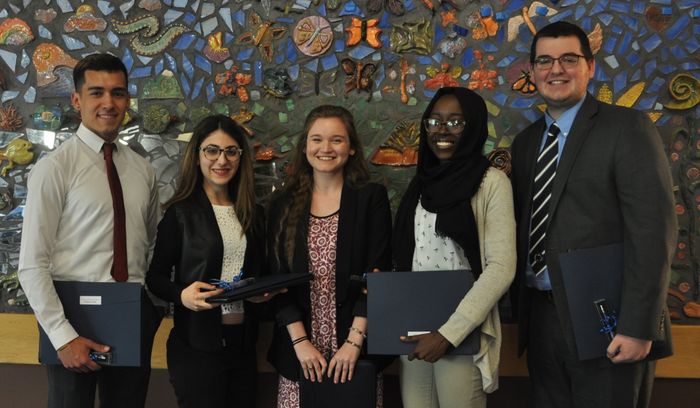 Student Awards for Exemplary Leadership: Honors those who have been enthusiastic participants in their chosen endeavors on campus, have achieved academic success and substantial grade point averages, and exhibited numerous leadership qualities both on and off campus: Nelson Costa, Rena Kassak, Morgan Kelly, Ketul Patel, Diaka Thiam, and Matt Zipin

Eric A. and Josephine S. Walker Award: Recognizes an undergraduate enrolled at a commonwealth location whose outstanding qualities of character, scholarship, leadership, and citizenship have been directed into programs and services that have positively influenced fellow students and have contributed to the prestige and well-being of their campus, and, hence, to the reputation of the University as a whole: Kyra Lewis

Lewis served as an Orientation Leader for three years including as the head Orientation Leader. She is the founder and president of the Beauty Club, an organization that promotes beauty from within by recognizing the power of self-esteem and a body positive image.

"She has contributed to a culture at Abington that sees beauty in all, regardless of size, color, religion or any other defining factor that is used to label others," according to Gina Kaufman, director of Student Affairs. 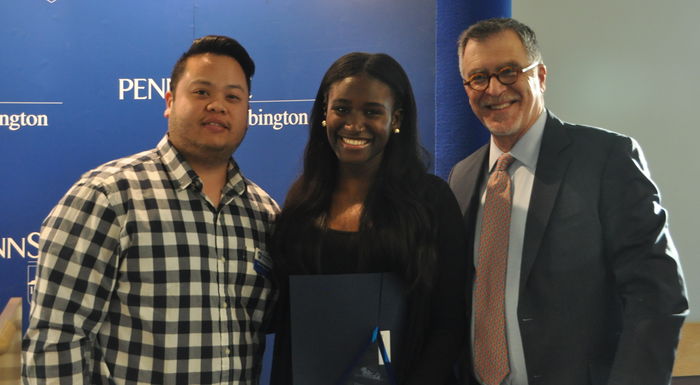 Penn State Abington, formerly the Ogontz campus, offers baccalaureate degrees in 18 majors at its suburban location just north of Philadelphia. Nearly half of our 4,000 students complete all four years at Abington, with opportunities in undergraduate research, the Schreyer honors program, NCAA Division III athletics, and more. Students can start the first two years of more than 160 Penn State majors at Abington and complete their degree at University Park or another campus. Lions Gate, our first residence hall, will open in August