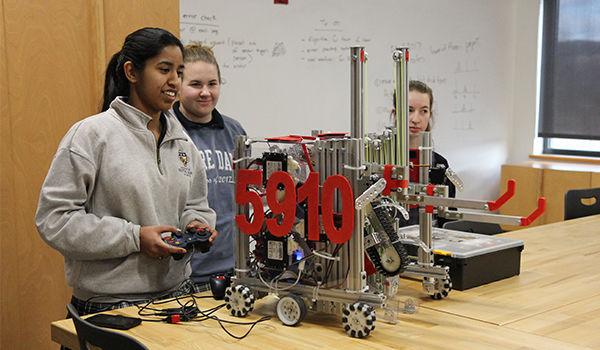 Students from the Academy of Notre Dame de Namur in Villanova shared their robot with undergraduate engineering majors at Penn State Great Valley.

The team from the Academy of Notre Dame de Namur in Villanova previously had visited the engineering suite at Great Valley. Their coach, Deb Gleeson, said the young women asked repeatedly if they could connect with the Penn State engineering students again.

“They are incredibly bright, articulate and motivated young women, and you are clearly an amazing coach and mentor to them,” Jablokow wrote in an email to Gleeson, who teaches advanced placement/college physics at the academy.

The women who comprise Team #5910, The Sparks, compete in the First Tech Challenge competition. They tackle all aspects of building, coding and CAD (computer aided design). Recently, they added outreach to their portfolio, teaching robotics at a summer camp and to local Girl Scouts. 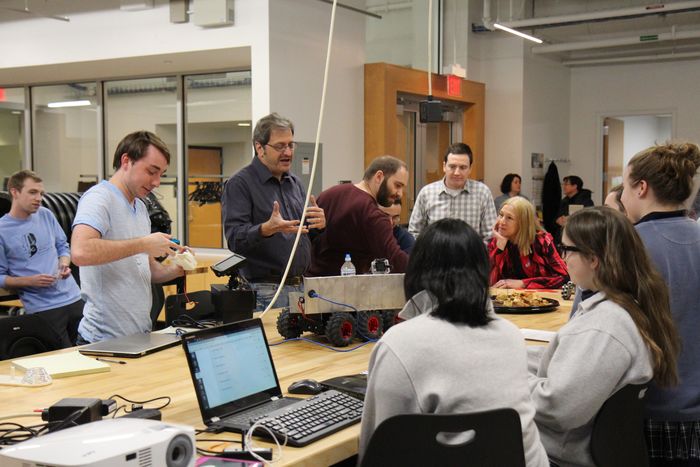 Penn State faculty and the students in the MDE program offered feedback and support to the high schoolers.

One Penn State student asked what sets The Sparks robot apart from the others.

"Everything," one Academy student answered, setting off ripples of laughter.

The general engineering students then introduced the high schoolers to StormBot. They developed StormBot, an autonomous robot that inspects stormwater pipes, at the request of nearby Horsham Township. The Penn State project saved the municipality about $60,000 since Horsham officials didn't have to purchase a robot.

The MDE option of the Penn State general engineering degree is delivered by a consortium composed of Penn State Abington, Penn State Brandywine, and Penn State Great Valley. Students spend the first two years at either Abington or Brandywine building a foundation in engineering and robotics. The design thread sews the last four semesters together at the $2.5 million suite in Great Valley, Chester County, Pennsylvania. A capstone design project encompasses the fourth year along with a single semester technology-based entrepreneurship course. A full-time summer internship is required. 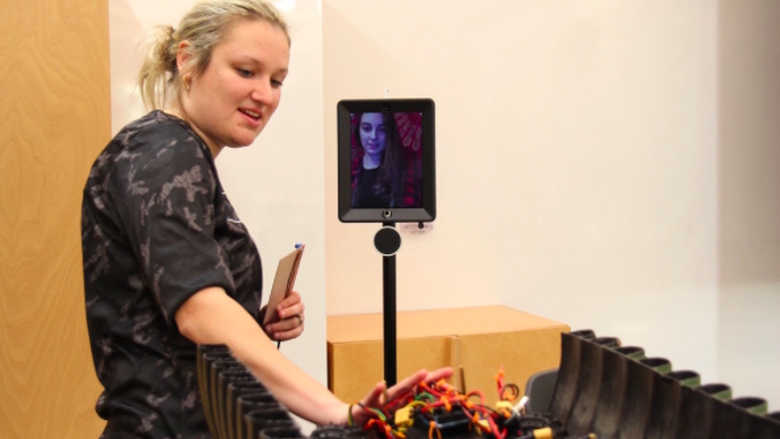 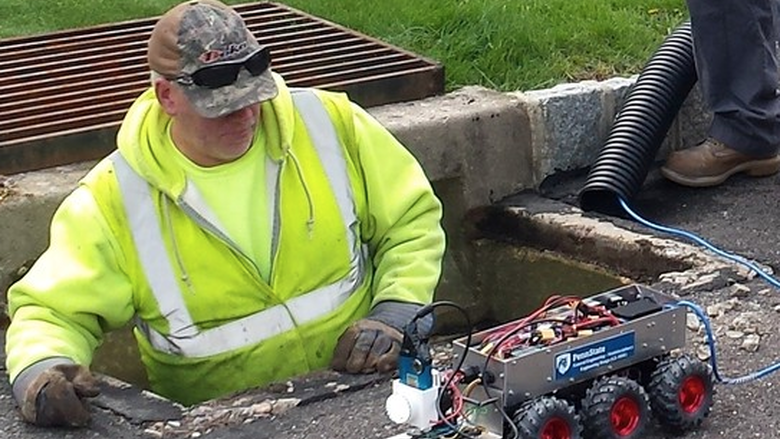 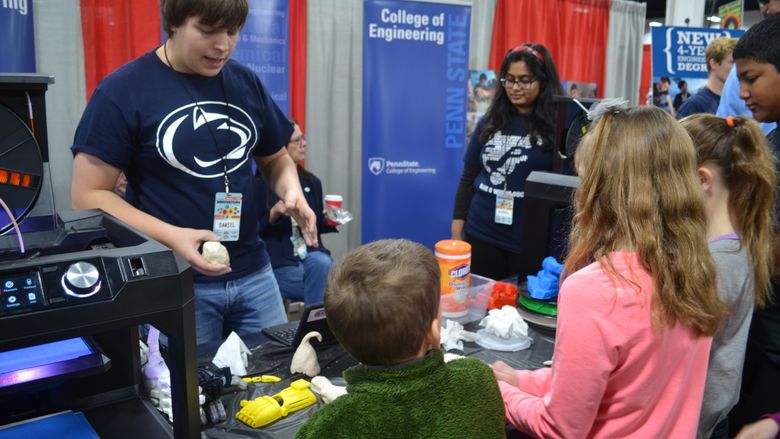