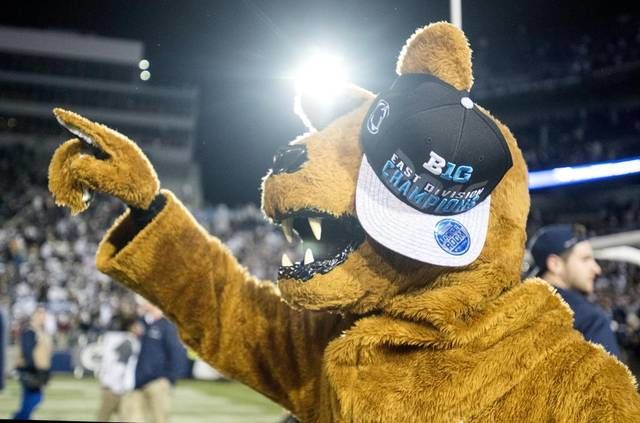 Jim Valvano uttered these words almost 25 years ago as he battled terminal cancer, but his advice seems like the perfect mantra for the 2016 Penn State Nittany Lions football team.

On their way to capturing the Big Ten championship last weekend and a berth in the Rose Bowl, the Lions proved that when you line up against them, it's going to be a battle. They overcame adversity throughout the season, including injuries to key players and chatter that head coach James Franklin was on the hot seat.

Playing In the first Big Ten championship game since its inception in 2011, the Lions got off to a bad start. The Wisconsin Badgers won the toss, and on the first play Penn State's Saquon Barkley, who left the previous game with an ankle injury, limped off the field. The Lions punted, and Wisconsin walked down the field and scored.

The Lions finally got on the board using a favorite method, a deep touchdown pass, this time a beautiful 33-yarder from quarterback Trace McSorley to Mike Gesicki. After forcing a punt by the Badgers on their ensuing drive, it looked like momentum was shifting toward Penn State until a poor snap sent the ball over McSorley’s head, and the Badgers defense scored.

A 40-yard touchdown pass from McSorley to Saeed Blacknall closed the gap a little heading into halftime, with the Badgers still leading 28-14.

In traditional Penn State fashion, the second half was all Nittany Lions. A 70-yard bomb from McSorley opened the second-half scoring. Barkley added a rushing touchdown as the offense exploded in the second half to score 24 points, and the defense held its own.

The Lions defense held the Badgers to a field goal and corralled the Badgers running backs who had gashed the defense early and often.

Another McSorley-to-Barkley touchdown pass gave the Lions their first lead of the game — fitting, as those two have led this team all season. A 24-yard field goal extended Penn State's lead to seven.

After gaining 51 yards on nine plays, the Badgers prepared for a fourth-and-one at the Penn State 24-yard line. The Lions had struggled to stop the run most of the game, but then the hero of the victory over Ohio State — Grant Haley who ran a blocked field goal for a touchdown — helped hold the Badgers. All that was left was for Penn State to run out the clock, and the roller coaster ride ended with the Lions winning the Big Ten outright for the first time since 1994.

Penn State just missed a chance to compete for the national championship so the Lions will play in the Rose Bowl on Jan. 2, 2017, for the first time in eight years.