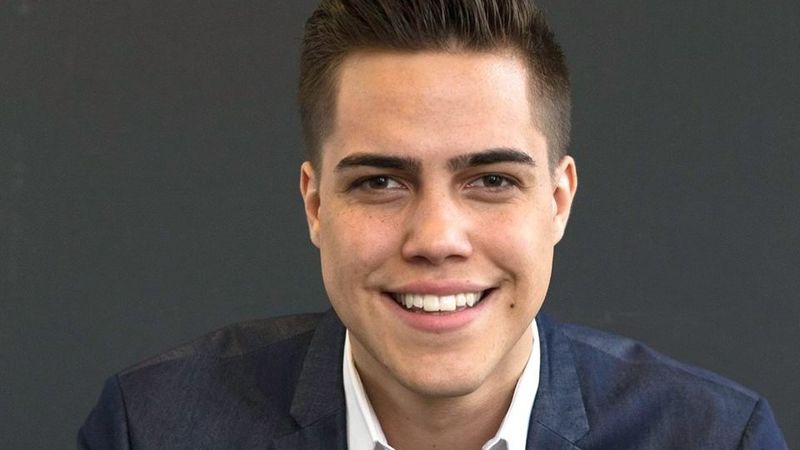 It’s a classic startup story: Two college students develop a business with an idea, a few hundred dollars, and a hard-core work ethic. Today, the firm is thriving.
By: Regina Broscius
In this story, one of the main characters is Zach Medina, a Penn State Abington graduate, who is now the chief operating officer at Viral Ideas, a video marketing production firm he co-founded.

Medina and his business partner, David Feinman, trace their friendship and their roots as entrepreneurs back to high school when they started honing their entrepreneurial skills by hosting large-scale teen dances and sweet 16s.

Medina maintained his focus on developing business ideas when he enrolled at Abington.

“During the day, I would go to class, and at night and in between I would work on my business,” he said.

Medina and Feinman, who attended Temple University, kept in touch.

“We were living the college life trying to understand our next move,” Medina, who earned a businessdegree, explained.

Almost three years ago, they were introduced to a man at a Temple event who said he wanted to be their client. With their own $250 and a three-month advance from this first client, they officially hatched Viral Ideas.

"We didn't have a name, business cards, a website, nothing," Medina said. "We raced out of there and realized that this could be an actual business, and we put everything in order. This really launched Viral Ideas to where we are today.

"Every day after that I woke up early, went to office, and went to class," he continued. "It was nonstop work mode for two straight years."

Today, Viral Ideas takes Medina up and down the New York to Washington, D.C., corridor for meetings with clients ranging from Fortune 200 companies to mom-and-pop firms.

"We help people discover their 'why' and share it through video," Medina said of the Viral Ideas mission.

With any successful venture there are people and experiences along the way that provide support. For Medina, key courses and people at Abington helped form him, especially classes focused on entrepreneurship.

"Standing in front of class and trying to sell a product was hard enough, but you have to learn how to do it properly, and this experience really brought that forth," he said.

Medina praised the Center for Career & Professional Development at Abington and urged students to take advantage of their services, especially mock interviews.

"I'm a big advocate of mock interviews," he said. "You should use them every single year while you are in school. There's no pressure of 'am I going to get this job?'"

Jeremy Lessard, assistant director in the Center for Career & Professional Development, is Medina's contact at Abington when Medina returns to talk to students.

"His enthusiasm is really impactful," Medina said. "He is down to earth and tells you how it is. He inspires you, and I appreciate that from a mentor."

Penn State Abington offers baccalaureate degrees in 19 majors at its suburban location just north of Philadelphia. Nearly half of its 4,000 students complete all four years at Abington, with opportunities in undergraduate research, the Schreyer honors program, NCAA Division III athletics and more. Students can start the first two years of more than 160 Penn State majors at Abington and complete their degrees at University Park or another campus.