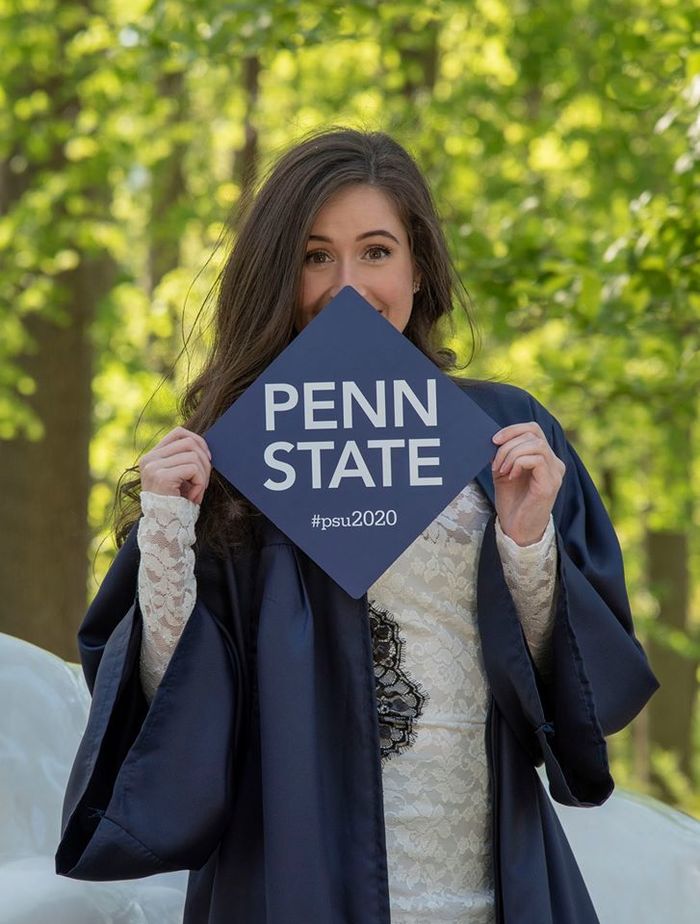 This spring, Pam Wilkinson graduated from Penn State Abington with a degree in Psychology. While a student, she was incredibly successful and involved on campus, including being an Orientation Leader (OL), playing on the women’s soccer team, studying abroad, student government, and more. As an OL, she was introduced to Career and Professional Development (CPD) through the Gallup CliftonStrengths assessment, and would continue to use CPD services throughout much of her time at Abington.

Wilkinson met with a career counselor during her sophomore year to look over and strengthen her resume. “I sent that resume to so many jobs, and thankfully the resume turned out really good because it helped me get in the door to a lot of places,” Wilkinson said. Wilkinson’s dream job is to become a flight attendant, and the resume she worked on with CPD helped her get interviews with many major airlines.

Due to the number of interviews she landed, Wilkinson again turned to CPD for help with a mock interview. She described this as a very helpful experience, gaining both helpful advice as well as praise for her interview skills. Wilkinson mentioned she also received great advice on virtual interviewing, something that has grown more prevalent during the current pandemic. She claims that she is now very confident in her interview skills and sees interviewing as one of her greatest strengths, crediting CPD for helping develop that skill.

With the help of CPD, Wilkinson was able to land two different internships. This spring, unfortunately, like many other students, her internship with the Abington Police Department was canceled due to COVID-19. Wilkinson did however successfully land an internship with Disney as a character performer, an experience that she immensely learned from and enjoyed.

“I learned so much,” Wilkinson said about Disney, including “whatever I could do to make someone’s vacation and travel experience the best possible.” She notes that this experience was great for her to learn the travel, hospitality, and customer service industries, and she used that to build her resume and gain confidence in her job search with airlines. “I feel like having that on my resume definitely pushed me through to get interviews, it was one step above what many people would have on their resumes,” Wilkinson said.

Wilkinson notes that CPD’s resume reviews are one of the department’s most helpful tools. She also noted that the Gallup CliftonStrengths assessment really helped her in her time as an OL. “It was really helpful in outlining the strengths and weaknesses that you may not have known that you had,” Wilkinson said.

Wilkinson advises students to use CPD resources as early and often as they can. “I would totally recommend getting your resume looked at freshman year, and start looking at internships sophomore year, because you don’t always know what’s going on with employers,” Wilkinson said. She also stressed the importance of internships as learning experiences, especially if they are required academically for a student’s major.

In her time at Penn State Abington, Pam Wilkinson greatly valued her own professional development, using campus career services many times to improve her skill set. After positive experiences as a student, intern, OL, and much more, she now feels more prepared than ever for what her career and future may hold.