Devin Mood is a rising senior at Penn State University who is pursuing a degree in IST. He 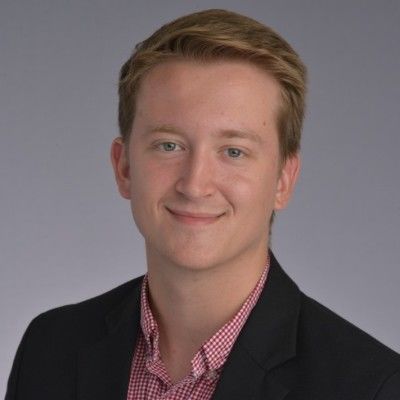 describes himself as being very tech-oriented, making him a great fit for the IST major, one that he has greatly enjoyed studying at Penn State. In addition to being very involved with his major, Mood is a member of Penn State’s club baseball team. He has also spent time on campus working with Penn State’s IT services, tasked with important work such as helping professors solve internet or media connection issues to teach their classes.

This summer, Mood has had a great internship experience with W.L. Gore, a manufacturing company that specializes in products made from fluoropolymers. He has worked as an IT project coordinator intern, reporting directly to the project manager. Project management has been an interest of Mood’s since the Fall 2019 semester in which he took an IT Project Management class (IST 302) which he described as “the greatest class I’ve ever taken.” Mood learned about the methodologies and art of project management, noting that “I've really been applying a lot of what I learned” in the course to his internship.

Mood has helped assist different project teams in his time with W.L. Gore, all while doing so in a virtual environment. At the time of the interview, Mood mentioned that he was helping work on projects within W.L. Gore’s guitar string sector, but also mentioned familiarity with their production of equipment for the medical field, fire departments, outdoors companies, waterproof material for iPhones, and more. Mood worked on mock project documents often in his IST 302 class, and now finds himself working on real project documents every single day at W.L. Gore, and he has grown very comfortable with his work.

Mood found out about the internship with W.L. Gore while searching for internship opportunities on Nittany Lion Careers (NLC), one of the many resources that is offered to Penn State students through career services at all campuses. “I like using NLC because a lot of jobs that post on NLC look for Penn State students,” Mood said, adding that the platform makes it very easy to reach out to employers and book interviews as well. Mood said that he applied to around 40-50 internships and had interviews with around 20 of them before finding his true fit with W.L. Gore.

Mood mentioned that one of his keys to success was to cater his resume to each internship that he applied for, tweaking the information to show how he was a good fit for each job. He had his resume looked at very often by IST Career Services, ensuring that he was always best prepared for his internship search.

Mood has also been actively attending career events at Penn State, adding that he has gone to each Career Fair since the beginning of his sophomore year. Mood advises students to start going to career events as early as freshman year, and to come prepared for information sessions with questions and a notepad, because there is always something you can learn.

In his time at Penn State, Devin Mood has shown that you can take on-campus classwork and experiences and apply them toward your career. Devin found what he was passionate about through his IST curriculum, and through hard work was able to land an internship experience that he has gained a lot from. Devin is expecting to graduate from Penn State with a degree in IST this coming spring. He leaves us with the thought that you should always “go for what you are passionate about” in your career development.