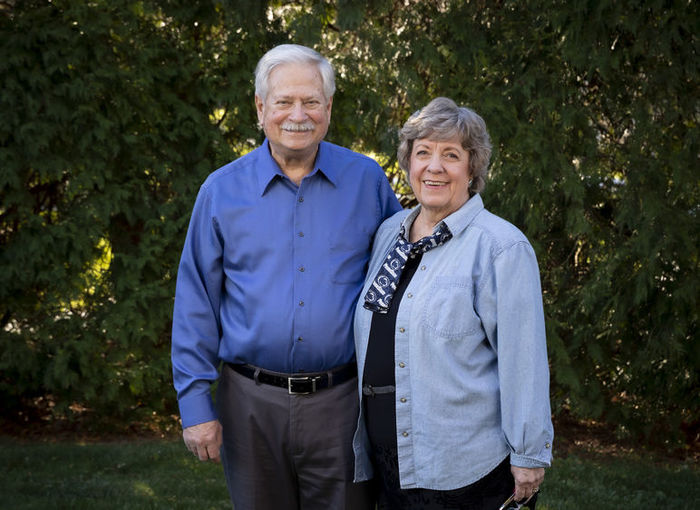 “I attribute much of my success to my Penn State education so we decided to give back,” Joe Lurquin, a 1971 College of Engineering graduate, said.

"Joe and Jo Anne Lurquin are devoted volunteers and longtime champions of Penn State Abington and our students. We are grateful that their gift will support access to a Penn State education in perpetuity," said Andrew August, interim chancellor.

The Lurquins have been informed advocates and leadership role models for the Abington campus for more than a decade after attending an open house on campus and being impressed by its growth.

“I became a member and chair of the Abington Advisory Board and was able to meet students, staff and faculty. I next joined Abington’s capital campaign committee and now serve as its chair. Being a volunteer gives you inside knowledge and the confidence to be a donor,” Joe Lurquin said.

“It was eye-opening learning about the challenges students face. We saw the opportunities. You don’t have to be a millionaire to help students,” she said.
“The first time we saw President Barron speak at University Park he talked about how students were not finishing their degrees in four years due to economic factors. When we found out we thought, if we can help with this, that’s what we want to do,” she continued.

“We started giving money where people can use it now. We are motivated to help students cross the finish line and make sure they have the financial wherewithal to continue their education,” Joe Lurquin said. “Jo and I decided to show our support for Abington students by establishing both an Educational Equity and an Open Doors Scholarship, and through our estate planning.”

According to Karen Weiss Jones, director of development, the Abington campus has more than doubled its endowment for scholarships in the last four years.

“This translates into 210 more students receiving scholarships in 2020 than in 2016, thanks to donors like the Lurquins. There are many more students who qualify for scholarships, so the need remains great, and we welcome the involvement of additional alumni and donors,” Weiss Jones said.

In addition to supporting Abington campus students, Joe Lurquin also serves on the industry advisory board for the multidisciplinary engineering (MDE) major. It is a passion project for him as he retired in 2008 after a long career as an electrical engineer.

He became a member of the MDE Industrial and Professional Advisory Council board to expand degree opportunities in engineering for students at the Abington and Brandywine campuses.

Students attend their first two years of the MDE degree program at the Abington or Brandywine campuses and spend their final two years working in the multimillion-dollar MDE facility at Penn State Great Valley.
“The committee meets and talks with prospective students and parents, and I’m also one of the judges for their capstone projects. The program is growing,” Joe Lurquin said.

Joe and Jo Anne Lurquin met as members of their high school band. A business school graduate, Jo Anne worked in the corporate world for 30-plus years. She is now active serving the Brandywine Conservancy and Museum of Art as an historic property guide interpreter.

The recently concluded Educational Equity Scholarship Matching Program matched up to $10 million in scholarships created by Penn State alumni and friends that enhance the University’s ability to recruit and retain students whose gender, race, ethnic, cultural, and/or national background contribute to the diversity of the student body and who have a demonstrated financial need. Although matching funds are no longer available, scholarships will remain a priority for the University’s current fundraising campaign, "A Greater Penn State for 21st Century Excellence."

About A Greater Penn State

This scholarship will advance A Greater Penn State for 21st Century Excellence, a focused campaign that seeks to elevate Penn State’s position as a leading public university in a world defined by rapid change and global connections. With the support of alumni and friends, “A Greater Penn State” seeks to fulfill the three key imperatives of a 21st-century public university: keeping the doors to higher education open to hardworking students regardless of financial well-being; creating transformative experiences that go beyond the classroom; and impacting the world by serving communities and fueling discovery, innovation and entrepreneurship. To learn more about “A Greater Penn State for 21st Century Excellence,” visit greaterpennstate.psu.edu.