When Matt Handwerk ’16 IST reflects on his undergraduate experiences traveling and studying abroad in Asia, he remembers the sights, sounds, food and culture of new places. But what stands out the most are the memories of the human connections made and lifelong bonds built with fellow classmates and new friends from across the globe. 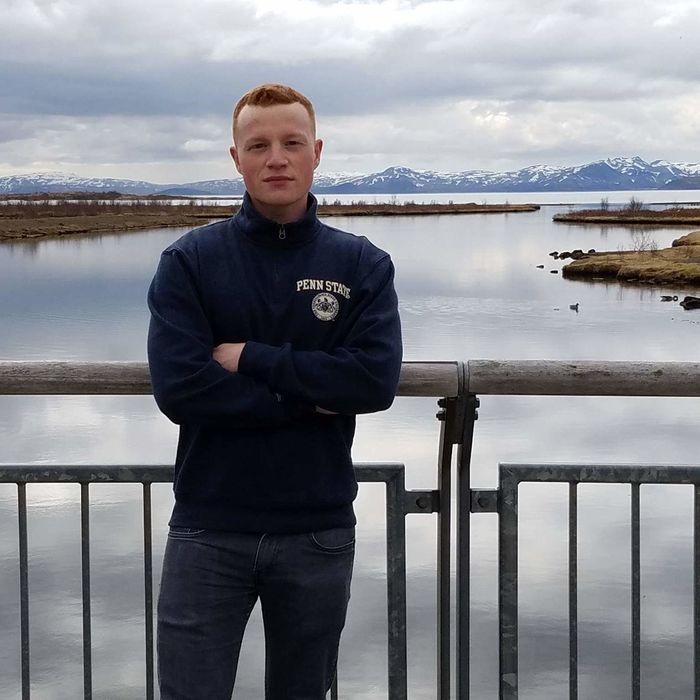 In 2014, Matt participated in a ten-day embedded course program in China by way of the IST department at Penn State Abington. Having traveled extensively around the states as a child with his family, Matt jumped at the opportunity to go abroad. He and other IST students toured Beijing for five days. Following their time in the capital city of China, the group spent the remainder of their time at Heibei University of Science and Technology in the city of Shijiazhuang.

Each morning in Shijiazhuang, the IST students ate breakfast and attended class with students from Heibei University, then toured the city with these new friends. By the end of their time there, the Penn State and Heibei students had collaborated to complete a project related to their area of study. Matt’s time in China inspired him to sign up for a semester study abroad program once he arrived at Penn State University Park. In 2015, he completed several courses in Tokyo while interning at a company called Biz Mobile.

Matt’s experiences exemplified the types of community involvement and interpersonal connections that he always felt were palpable at the Abington campus. He returned from Asia with stronger friendships and a growing network of colleagues and professional acquaintances. These relationships thrived throughout his time in school and into his professional career. Matt recognizes that these are lifelong connections built on foundational experiences shared abroad. He credits faculty members Dr. Joseph Oakes and Dr. Dolores Arevalo for connecting Abington students to global engagement opportunities and encouraging them to promote these programs to other students through organizations such as Global Ambassadors.

These days Matt is working as a software developer in California. While he always knew software development was in his future, he credits the global experiences he had as a student for giving him better choices post-graduation. He considers study abroad programs an investment that give students the edge they need to land their dream jobs. His advice to students today? “Step outside of your comfort zone. Study abroad, learn a new technology, and work with people from across the campus and globe. These experiences help you to build your brand – a brand that future employers won’t be able to pass up.”